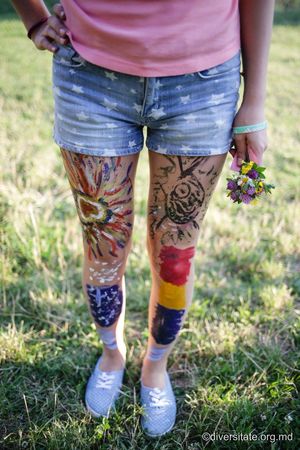 The International Romani Day (April 8) is a day to celebrate Romani culture and raise awareness of the issues facing Romani people.

"Without running water, toiletries, and disinfectants, the Bosnian Roma are at the mercy of a coronavirus infection. The majority of them have no health insurance. Dependent mainly on collecting and selling secondary raw materials, many Roma are losing the basis for their existence – due to the fact that most trading points are closed and because of the restrictions on their freedom of movement," explained Dervo Sejdi?, Chairman of the Kali Sara Roma Information Center in Sarajevo, yesterday in a statement for the STP.

"Due to the already catastrophic situation of the Roma in the Western Balkans, the Covid-19 pandemic can have devastating consequences," added Jasna Causevic, the STP's expert on genocide prevention and the Responsibility to Protect. "Due to the poor infrastructure, close conditions that make social distancing impossible, lack of financial resources, and limited access to the health system, this minority is becoming even more vulnerable." The Council of Europe – being the most competent European forum with regard to human rights, the safeguarding of democratic principles and the fundamental principles of the rule of law, and guardian of the European Convention on Human Rights – must provide help as soon as possible. Otherwise, many lives will be in acute danger.

The STP demands aid deliveries with medicines, disinfectants, protective clothing, and baby food for needy Roma in all countries of the former Yugoslavia. Furhter, it is necessary to safeguard drinking water and electricity supply in the Roma settlements, and medicines for chronic diseases such as diabetes, asthma, or mental illnesses have to be provided. All diplomatic representations of the EU and the member states of the European Council must coordinate according aid – immediately.

Apart from the necessary immediate measures in the current crisis, the STP is also deeply worried about the EU institutions' insufficient respect for minority rights and the lack of protective measures for the Roma people in the Western Balkans. "The agenda of Croatia's EU Council Presidency in the first half of 2020 is all about growth, transport, energy, and digital issues – and about the topic of migration in Europe. However, not a word is said about the need to improve the situation of the largest ethnic minority in the neighboring countries," Causevic criticized. "Even though only a few countries of the former Yugoslavia are members of the EU so far, the persistent discrimination and serious violations of their rights require a response at EU level." Further, she emphasized that any new accession must be linked to improvements of the situation of the Roma. Germany, France, Great Britain, and the USA in particular, because of their involvement in the Dayton Peace Agreement (1995), are partly responsible for the fact that a discriminatory constitution has been in force in Bosnia and Herzegovina for 25 years. Important positions are reserved for Bosniaks, Serbs, and Croats, while the members of the 17 minority groups (including the Roma and the Jewish people, 12 percent of the population in total) are excluded.