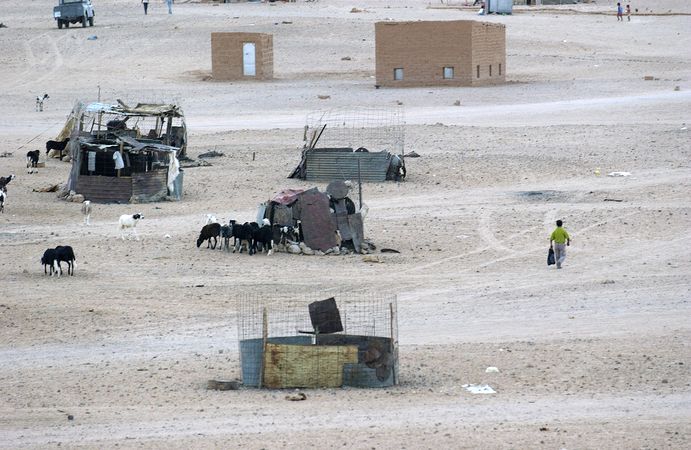 The conflict over the Western Sahara has lasted for decades. The civilian population suffers. Photo: UN Photo/Evan Schneider

On Wednesday, the Supreme Court of Morocco in Rabat overruled a military court’s controversial judgement against 25 Sahrawi activists and human rights advocates from Western Sahara, demanding new proceedings before civil courts – as reported by the Society for Threatened Peoples (STP) in Göttingen on Thursday. “We welcome this decision as a first step. Now, the Sahrawis – who were arrested for political reasons – can hope for justice,” said the STP’s Africa consultant, Ulrich Delius. “We are pleased that the Supreme Court shares our criticism. Civilians should not be tried in military courts. Until the new trials, the defendants should be out of prison, so that they won’t have to wait behind bars for another three years. The principle of the presumption of innocence must apply here too!”

There had been worldwide protests after the Sahrawis had (mostly) been sentenced to long prison sentences in 2013. They had taken part in the protest camp Izik Gdim in 2010. About 20,000 Sahrawis had set up a total number of 8,000 tents to protest against Morocco’s occupation policy in Western Sahara. Members of the security forces had been killed in the violent eviction of the camp. The 25 defendants were arrested in November 2010, based on accusations of being responsible for the deaths of eleven police officers. They had been kept in custody for more than 26 months. Despite being civilians, they had been tried in a military court, which imposed the sentence in February 2013.

The arrests of the civilians seemed to be aimed at criminalizing especially committed Sahrawi activists. The prosecutors weren’t able to substantiate their allegations. None of the nine witnesses were able to identify the alleged perpetrators – and the military court ignored allegations of torture during custody. Thus, the harsh judgments were mainly based on the defendants’ “confessions”. Nine of them were sentenced to life imprisonment, four of them to 30 years in prison, seven Sahrawis to 25 years, three to 20 years, and two people to two years imprisonment. Four of the 25 detainees were released before the Supreme Court issued its judgment, and two have completed their sentences. One of them was released due to his poor health, and one managed to escape abroad.

In proceedings before a Moroccan military court, defendants are severely restricted in their rights – and it is not possible to lodge an appeal. The Supreme Court’s ruling is based on a law that was adopted in 2014, according to which civilians are not to be tried in military courts.