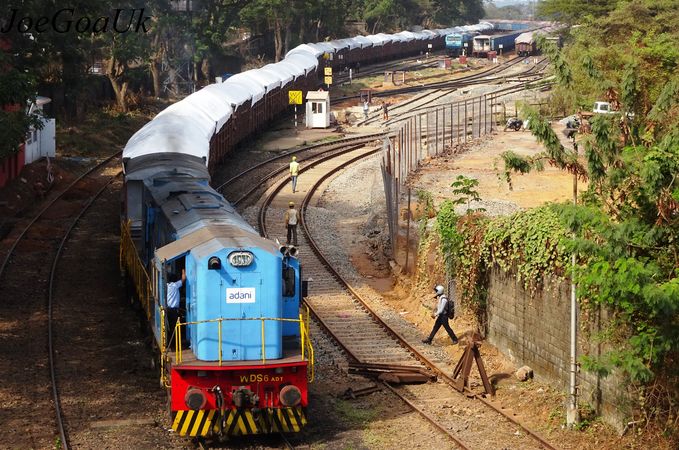 If the mine goes into operation as planned, the impact on the Wangan and Jagalingou will be catastrophic. The direct pollution caused by the mine will not only pollute their habitat. Image: Joegoauk Goa via Flickr (CC BY-SA 2.0).

The controversial Adani coal mine, which the India-based Adani Group is planning to build in the Australian state of Queensland, would violate the rights of indigenous peoples. The Society for Threatened Peoples (STP) points out that parts of what will then be the world's largest coal mine are located on land that belongs to the tribes of the Wangan and the Jagalingou. They have been fighting the project by legal means for decades.

"If the mine goes into operation as planned, the impact on the Wangan and Jagalingou will be catastrophic. The direct pollution caused by the mine will not only pollute their habitat," explained Yvonne Bangert, the STP's expert on questions concerning indigenous peoples. "The mine operator is planning to use about 12.5 billion liters of water per year from the nearby Suttor River. In addition, parts of the coal mining will take place on land that is sacred to these indigenous communities. The plants and animals there are of significant culturally importance for them". It is a scandal that the state is ignoring the land rights of the Wangan and the Jagalingou.

"In 2009, Australia ratified the UN Declaration on the Rights of Indigenous Peoples," Bangert recalled. "Thus, the affected indigenous communities have to give their consent to projects like this on their ancestral territory." Since this was obviously not the case here, Queensland clearly violated the declaration.

The Adani Mine is to extract coal from the Galileo basin. Fossil fuels like coal are largely responsible for man-made climate change, and the current fires on the Australian continent are a consequence of climate change. In this situation, planning the world's largest coal mine – which would also use billions of liters of water every year – was met with a lot of international criticism. Experts also assume that the nearby Great Barrier Reef, which is already affected by climate change, to be polluted even more due to the mine. Because of the international headwinds, Siemens AG, which had originally planned to support the project, suspended its planned involvement until further notice.