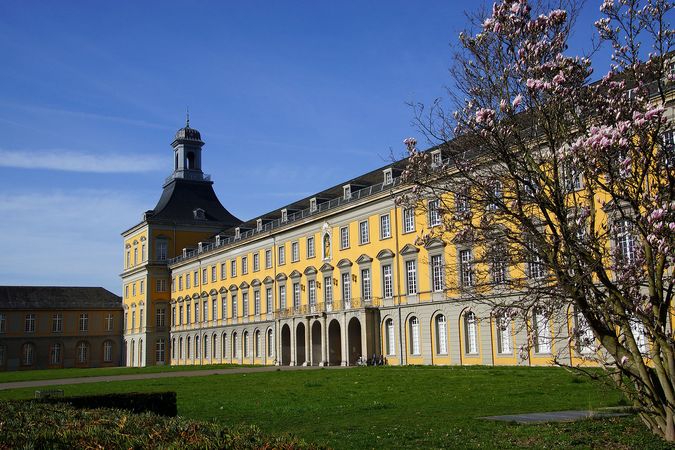 The Society for Threatened Peoples (STP) has appealed to the Rheinische Friedrich-Wilhelms-University in Bonn not to allow Prof. Dr. Stefan Talmon, Head of the Department of International Law, to defend Turkey in a lawsuit against Selahattin Demirtas, the imprisoned Turkish opposition leader, before the European Court of Human Rights (ECHR). Picture: HerryB via Flickr

--- Göttingen, September 17, 2019 --- The Society for Threatened Peoples (STP) has appealed to the Rheinische Friedrich-Wilhelms-University in Bonn not to allow Prof. Dr. Stefan Talmon, Head of the Department of International Law, to defend Turkey in a lawsuit against Selahattin Demirtas, the imprisoned Turkish opposition leader, before the European Court of Human Rights (ECHR). The human rights organization called on the university administration to withdraw its approval. "Someone who teaches law at the University of Bonn in a leading position can not at the same time defend the arbitrary justice of an authoritarian state before the European Court of Human Rights. A side job like this will damage the reputation of the University of Bonn – and that of the rule of law in Germany," stated the STP's Middle East Consultant, Kamal Sido, in Göttingen on Tuesday. According to Turkish and Armenian media, international law expert Prof. Talmon is supposed to represent Turkey's interests in a trial before the Grand Chamber of the European Court of Human Rights on Wednesday.

Turkish-Kurdish politician and lawyer Selahattin Demirtas has been detained since November 3, 2016, in a high-security prison in Edirne. German parliamentarians and human rights activists have been criticizing the detention of the prisoner of conscience as unlawful for years, and many are demanding his immediate release. The well-known politician and lawyer was a member of the board of the Human Rights Association IHD and was in charge of the organization's office in the Kurdish city Dyarbakir. He advocated for political prisoners and tried to further human rights and the peace process in Turkish Kurdistan. He also demanded freedom of belief for Christians, Alevis, and Yazidis. Following a legal review of the arrest of Demirtas in November 2018, the ECHR had called for the immediate cessation of his pre-trial detention.

According to the STP, the approval of ancillary activities is to be withdrawn based on § 49 [2], number 6 of the Provincial Civil Service Law of North Rhine-Westphalia – as the task could be "detrimental to the reputation of the public administration". Also, an approval can be denied if the ancillary activities could undermine official impartiality. "Someone who is willing to officially defend President Erdogan's witch-hunt against critical politicians and human rights defenders at the highest court of the European Union is no longer credible with regard to his understanding of the rule of law. As head of the Department of International Law, he could no longer serve as a role model function for law students," Sido emphasized.

The STP recalled that Prof. Talmon had already been met with strong criticism for his ancillary activities in 2015 when he represented Turkey in a lawsuit in Switzerland, justifying the denial of the genocide crimes against the Armenians and other Christians, Alevis, and Yazidis in 1915. The trial aimed to clarify whether the denial of genocide by the Turkish ultra-nationalist Do?u Perinçek was punishable in Switzerland.