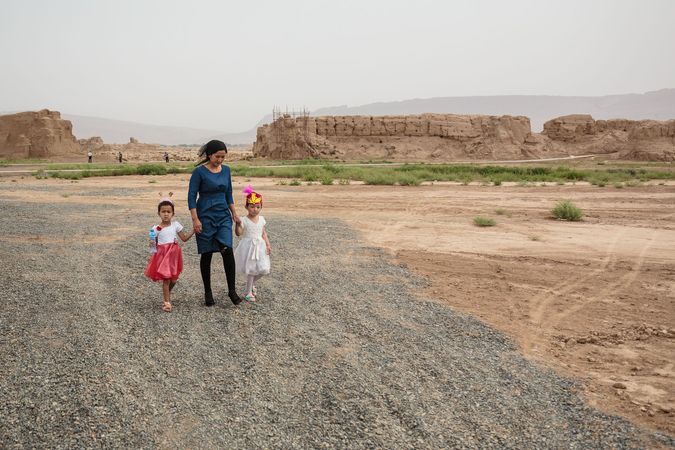 The massacre of Gulja caused a wave of repression that continues until today. Since then, the members of the Muslim minority group of the Uyghurs has experienced ongoing arbitrariness, persecution, and violent deaths, Photo: Segio Tittarini via Flickr

The Society for Threatened Peoples (STP) commemorates the victims of the Gulja Massacre, which took place in East Turkistan / Xinjiang in the north-west of China 20 years ago. On February 5, 1997, the Chinese security forces had killed more than 100 Uyghurs in the course of a brutal crackdown on a peaceful demonstration in the city of Gulja near the border to Kazakhstan. “The massacre of Gulja caused a wave of repression that continues until today. Since then, the members of the Muslim minority group of the Uyghurs has experienced ongoing arbitrariness, persecution, and violent deaths,” reported Ulrich Delius, the STP’s Asia-expert, in Göttingen on Friday. Instead of holding those accountable who were responsible for the massacre, up to 4,000 people were arrested after the demonstration. During the following two years, more than 200 Uyghurs were sentenced to death for allegedly taking part in the protests. 90 Uyghurs had to serve long-term prison sentences.

“The massacre of Gulja marks a deep incision for East Turkestan. The situation has escalated since then,” said Delius. The violence always seemed to follow the same pattern: On the one hand, the Uyghurs organized many peaceful protests against the restrictions of their religious freedom and the arbitrary arrests – and the frightened security forces opened fire on the demonstrators, justifying the excessive use of force as anti-terror measures. On the other hand, there were also more and more desperate acts of violence by Uyghurs who tried to draw attention to the dramatic situation in their home country.

“The cycle of violence and counter-violence must be broken,” demanded Delius. “China’s authorities must finally put an end to the arbitrary persecution, and the Uyghurs must be granted their constitutional rights!”

20 years ago, several thousand people had gathered in Gulja to take part in a peaceful demonstration against the brutal crackdown on protests by young Uyghurs who had criticized the arbitrary arrest of 30 religious leaders. The police forces had used live ammunition to shoot at the crowd indiscriminately. In the following days, 40,000 members of security forces had cordoned off the city and had turned the local stadium into an internment camp for arrested Uyghurs.