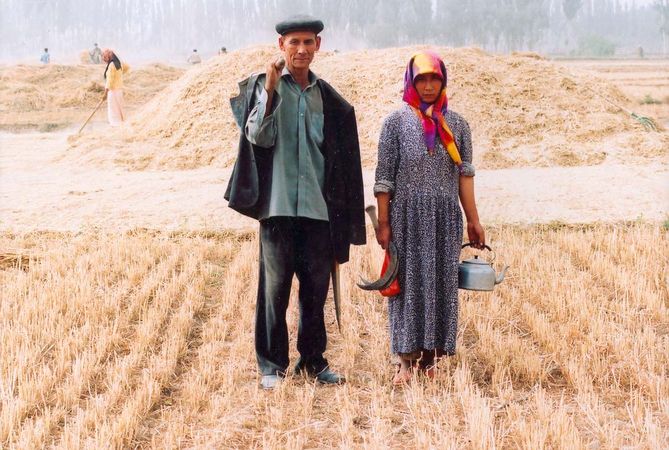 If China’s leaders are really aiming to take effective measures to tackle violence and hopelessness among the Uyghurs, they must show willingness to enter a serious dialogue with the indigenous population group, Photo: Todenhoff via Flickr

In the run-up to the Munich Security Conference, the Society for Threatened Peoples (STP) and the Ilham-Tohti Initiative have appealed to Chancellor Angela Merkel to show commitment for the Uyghur people in China. “The north-west of China is a powder keg. Without human rights for the Uyghurs, there will be no stability and security there,” explained Ulrich Delius, the STP’s Asia expert, in Göttingen on Wednesday. On Tuesday night, eight people lost their lives in a knife attack committed by Uyghurs, and ten people were injured. “If China’s leaders are really aiming to take effective measures to tackle violence and hopelessness among the Uyghurs, they must show willingness to enter a serious dialogue with the indigenous population group. An important step to try and make Xinjiang / East Turkestan safer and more stable could be to finally release the political prisoner Professor Ilham Tohti,” said Enver Can of the Ilham-Tohti Initiative in Munich.

On Tuesday night, it had become known that – in the Guma district (“Pishan” in Chinese) in Hotan Prefecture – the police had gunned down three Uyghurs who were armed with knives. According to official reports, the attackers had fatally injured five people. Six Uyghurs were arrested following the incident, among them two young people who had exchanged news about the violence via their mobile phones. In East Turkestan, the dissemination of non-official information concerning such incidents or acts of violence is punishable and can lead to imprisonment of up to two years.

The issue of security and stability in East Asia will also be discussed at the Munich Security Conference. In the letter to the Federal Chancellor, the STP and the Ilham-Tohti Initiative called for more attention regarding the escalating security and human rights situation in the north-west of China. “Those who choose to ignore the cycle of violence and counter-violence in East Turkestan are short-sighted, and they indirectly create new tensions,” Delius stated.

The Uyghur economic expert Ilham Tohti, who was sentenced to life imprisonment in 2014, had always tried to mediate between the Uyghur people and the Han Chinese: “Hi credibly tried to find a solution to the conflict and to advocate for the Uyghurs’ human rights. Tohti must be released!” said Can.