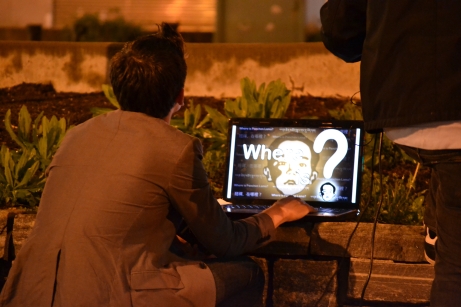 The Society for Threatened Peoples (STP) calls on the Government of People's Republic of China to release the Tibetan Panchen Lama who was abducted 20 years ago. Since his abduction on May 17, 1995, there has been no sign of life from one of the most important figures in Tibetan Buddhism. "The arbitrary abduction of the Panchen Lama by the Chinese authorities is a massive violation of the religious freedom of the Tibetan people," said Ulrich Delius, the STP's China-expert, in Göttingen on Friday. For quite a long time, Gendun Choekyi Nyima – who was abducted at the age six – had been the youngest political prisoner in the world. On Saturday, the abducted Panchen Lama will turn 26.

A few days before his abduction, the Dalai Lama (the most important religious dignitary of Tibetan Buddhism) had recognized the boy as a reincarnation and as the 11th Panchen Lama. A search committee consisting of Tibetan monks had given the Dalai Lama a list of possible candidates to succeed the 10th Panchen Lama who died in 1989. However, China's atheist authorities interfered with these elementary aspects of Tibetan Buddhism, stating that the Dalai Lama was incompetent to recognize reincarnations. Instead, they insisted on a right of choice in order gain control over Tibetan Buddhism. Shortly after Gendun Choekyi Nyima was abducted, the Chinese authorities presented their own Panchen Lama: the five-year-old Gyaltsen Norbu, who belongs to a family of Tibetan members of the Chinese Communist Party, was supposed to be submissive to the Chinese authorities.

Not only did the Chinese authorities capture the 11th Panchen Lama and his family – they also arrested the 30 monks who had belonged to the according selection committee. Later, the Chairman of the Committee, the abbot Chadrel Rinpoche, was sentenced to six years in prison.

The "United Nations Working Group on Involuntary or Enforced Disappearances" has repeatedly addressed the fate of the abductee and requested China to reveal his whereabouts. Further, the States of the European Union and the United States have repeatedly appealed to China to clarify the fate of the Panchen Lama. In a letter dated September 4, 2009, China's Government informed the United Nations Working Group that Gendun and his family are living in Tibet, where they are not under house arrest but are able to benefit from good cultural education. However, China offered no further details on his whereabouts. Instead, the Chinese authorities are trying to promote their own 11th Panchen Lama with public appearances in Tibet and Beijing – but the Tibetans are rejecting him and are calling for a reinstatement of the abductee.