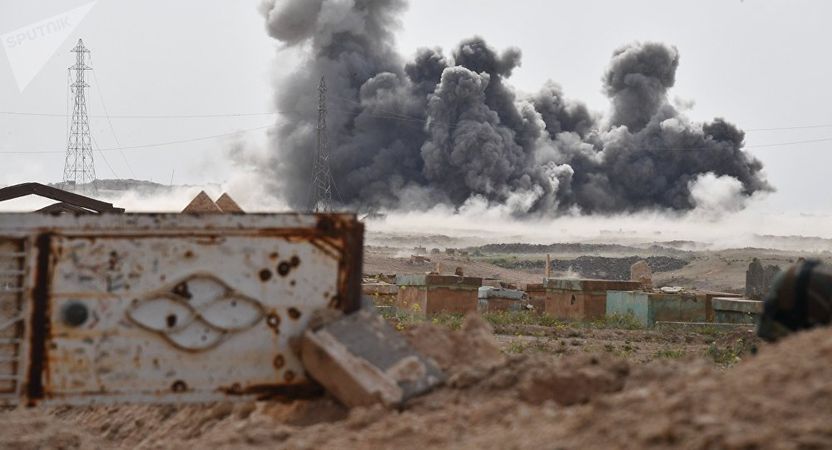 Independent observers are certain that Turkey used white phosphorus against civilians while invading northern Syria from October 9, 2019. The Organization for the Prohibition of Chemical Weapons (OPCW) announced that it would evaluate the situation and gather further information. However, tissue samples from victims will not be investigated. Shortly before this announcement, the organization had received a donation of 30,000 Euros from Turkey.

"This decision of the OPCW is a fatal signal to the victims of this crime, and it will encourage the alleged perpetrators," explained Dr. Kamal Sido, Middle East expert of the Society for Threatened Peoples (STP). "The independent experts of the international organization are the only ones who would have been able to confirm the use of white phosphorus and prove its origin." According to media reports, the British army had sold smoke bombs containing the dangerous chemical to Turkey. Turkey rejects the allegations.

It is not prohibited to use white phosphorus merely as a source of smoke or light. Due to its chemical nature, it is not listed in the Chemical Weapons Convention (CWC). For these reasons, the OPCW does not consider itself responsible for further investigations. The organization announced plans to produce a report in the next few months that could identify those responsible for various chemical weapons attacks in Syria. Since the beginning of the Syrian civil war in spring 2011, the organization published 37 reports on the use of chemical weapons. In March, the UN Human Rights Council accused the Assad government of at least 32 cases.

However, there are many reports by local and international media stating that the Turkish military and allied Islamist militias used chemical weapons. "The OPCW usually does not act on reports like this. Thus, the organization is now accused of partiality. The criminal regime of Bashar al Assad will use this for his propaganda," Sido emphasized. The OPCW should investigate all accusations regarding the use of chemical weapons and name the perpetrators by name – regardless of which warring party they belong to.