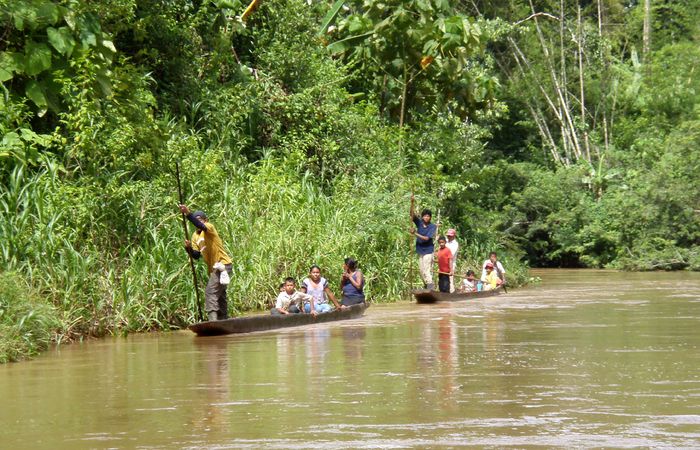 At least six members of the Mayangna indigenous community were killed when 80 armed attackers raided their settlement in the Bosawás Biosphere Reserve on Wednesday. Picture: Joe Townsend via Flickr (CC BY-NC-ND 2.0).

At least six members of the Mayangna indigenous community were killed when 80 armed attackers raided their settlement in the Bosawás Biosphere Reserve on Wednesday. The invaders burned down several houses and arbitrarily shot and killed several members of the indigenous community. Another ten have been missing since the attack. There are around 30,000 Mayangna living in Nicaragua.

In 1997, UNESCO recognized the 2.2 million hectare nature reserve on the border with Honduras as a biosphere reserve. It is considered one of the largest contiguous rainforest areas in northern Amazonia. For years, indigenous people have been complaining about a dramatic increase in illegal logging. Satellite images show that 31 percent of the reserve are now being used for agriculture, while only 15 percent of the reserve had been cleared by the year 2000. Nicaragua has lost around 19 percent of its forests of the last 20 years. "Illegal clearings in the reserve are destroying the livelihoods of indigenous communities who live from the forest. This is a serious threat to the ecosystem. Nicaragua's government must finally stop this undeclared war against man and nature," the human rights organization emphasized.

Murders of indigenous people are quite common in Nicaragua. In most cases, those who are responsible are not punished. Even if suspects are arrested, they are usually acquitted in court for alleged lack of evidence, the STP criticized. Nicaragua's authorities lack the political will to end impunity for the murder of indigenous people, but the latest massacre must finally lead to a change of mind on behalf of the government and the judiciary. This week, the police of Costa Rica arrested Nicaraguan citizens who are accused of killing an indigenous family in the Maio reservation in Nicaragua in October 2019. "We will see whether those responsible for this crime are actually brought to justice," the STP stated.