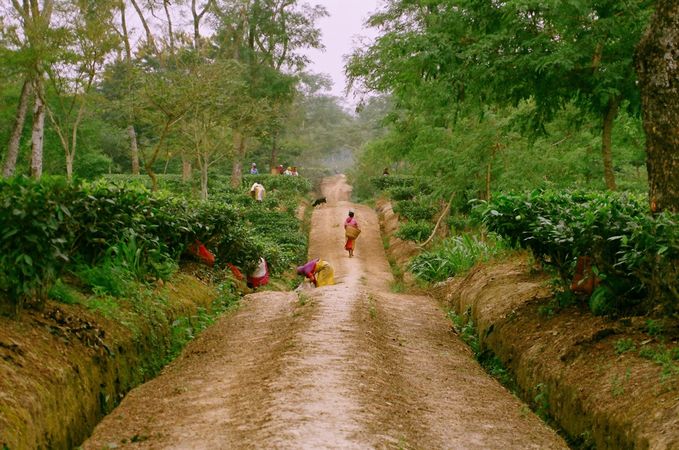 On Saturday morning, after all objection periods had expired, the National Register of Citizens published the results of its population register examination and declared 1.906.657 million residents of Assam to be illegal migrants. Picture: Nalin a via Flickr

The Society for Threatened Peoples warns about an impending refugee crisis in Asia. Currently, more than 1.9 million people are threatened with expulsion from northeastern India because the Indian authorities are refusing to register them as citizens. The human rights organization accuses the Hindu Nationalist Government of India and the Assam region in the northeast of the country of ostracizing and discriminating against members of the Muslim minority. "This has nothing to do with measures against illegal migration any more. India is aiming to become a Hindu state in which there is no room for dissenters and minority groups," warned Ulrich Delius, the STP's director, in Göttingen on Saturday.

On Saturday morning, after all objection periods had expired, the National Register of Citizens published the results of its population register examination and declared 1.906.657 million residents of Assam to be illegal migrants. Many of the people who are now threatened with statelessness are Muslims. According to the Indian authorities, they are supposed to be sent to internment camps or deported to neighboring Bangladesh. However, Bangladesh refuses to provide shelter.

The human rights organization strongly criticized the registration process, which was characterized by arbitrariness and countless irregularities. There were cases in which people had misused the process to try and get rid of disliked neighbors by denouncing them as illegal migrants. Further, the registration process was often arbitrary. For example, several government critics – but not their family members – were suddenly treated as illegal immigrants to deprive them of their rights and to silence them. Hindu nationalists had tried to register Hindu people from Bangladesh as Indian citizens, while at the same time demanding the expulsion of Muslims who have been living in Assam for generations.

"The region of Assam, which is famous for its tea exports, is facing a humanitarian catastrophe because no one knows how it will proceed with the marginalized residents of the region who have been denied access to the population register," Delius stated. Six internment camps have already been established, with more to follow. The victims of repression and marginalization belong to the poorest population group. Many are illiterate and have to make a living as day laborers, so they cannot afford a lawyer to ensure that they are registered as citizen.