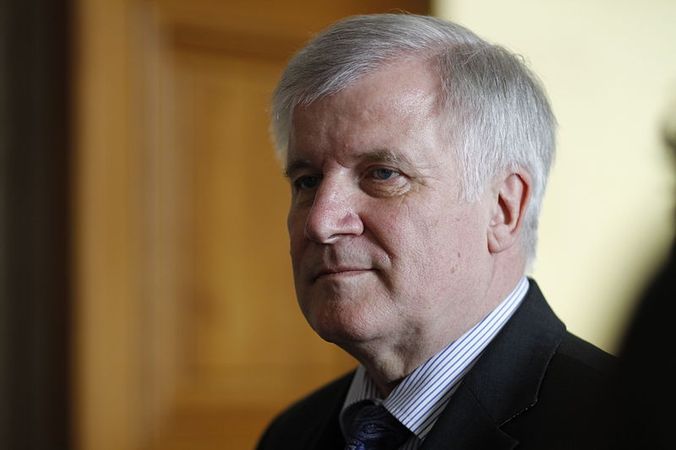 Yesterday, Federal Interior Minister Horst Seehofer announced initiatives for more video surveillance at train stations – also using facial recognition technology – mainly due to the death of a child after being pushed from a station platform in Frankfurt in late July 2019. Picture: Henning Schlottmann via Wikimedia

The Society for Threatened Peoples (STP) warns that security technology from Chinese companies that are involved in serious human rights violations should not be used to monitor German train stations. "The federal government must remain consistent: If it publicly condemns the human rights violations against the Uyghur people in China, then it must ensure that the public sector and associated companies will not purchase products from companies that are contributing to the surveillance of the Muslim minority," stated Ulrich Delius, the STP's director, in Göttingen on Friday. According to the human rights organization, it would be against the National Action Plan on Business and Human Rights, which was adopted by the German Federal Government, if the authorities were to ignore the guidelines that were imposed on German companies with regard to the procurement of materials.

Yesterday, Federal Interior Minister Horst Seehofer announced initiatives for more video surveillance at train stations – also using facial recognition technology – mainly due to the death of a child after being pushed from a station platform in Frankfurt in late July 2019. One of the global market leaders for video surveillance is the Chinese company Hikvision, which also sells its products in Germany. According to the company, it also provided surveillance technology for Nuremberg main station, and several state or federal institutions have purchased Hikvision products as well. Thus, the Federal Ministry of the Interior monitors its premises with cameras from this manufacturer. This was confirmed by the ministry in its answer to an inquiry by Konstantin Kuhle (FDP) in March 2019. The Frankfurt police uses Hikvision devices as well, to monitor public space.

Hikvision is accused of contributing to the monitoring of mosques and reeducation camps in the Xinjiang region in northwestern China. The company is said to have received a $ 53 million contract (in 2017) to install a facial recognition system in Pishan District.

US security experts have been warning against the use of Chinese surveillance technology for years. They accuse Hikvision of close cooperation with the Chinese security apparatus, and the Chinese state holds 42 percent of the shares in the company. Since August 2019 – due to the US National Defense Authorization Act – the US authorities are not allowed to purchase products from Hikvision and three other Chinese companies any more. Further, already installed safety technology of these companies has to be removed again.