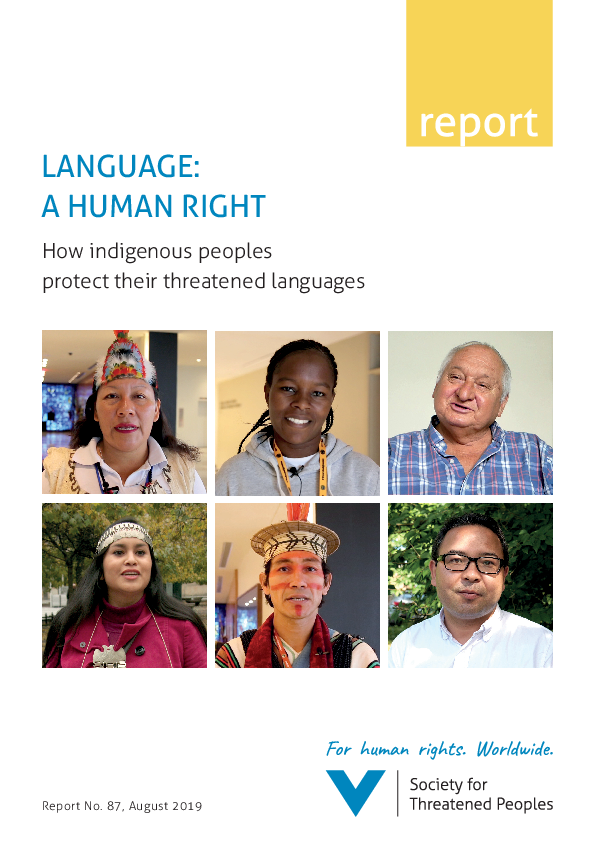 Of the 7,000 languages worldwide, many are under serious threat. 4,000 of these lan-guages are spoken by the earth's 370 million indigenous people. As the majority of the indigenous languages are only passed on in spoken form, they are especially likely to disappear. Linguists assume that there will only be 3,000 languages left by the end of the 21st century.

The protection of indigenous languages is an integral part of international law. In ad-dition to general declarations and conventions, ILO Convention 169 and the UN Dec-laration on the Rights of Indigenous Peoples (UNDRIP) explicitly state that indigenous peoples have collective, educational, and language rights. Thus, the states are obliged to implement appropriate measures for the protection and continued use of indige-nous languages and education.