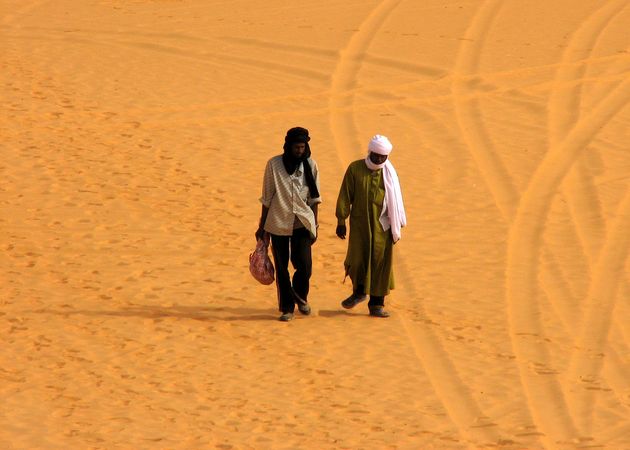 At the end of the year 2014, the Society for Threatened Peoples (STP) demands more help for the victims of the civil war in Libya. "Libya is about to drown in chaos. The situation of the civilian population has become catastrophic, but the world is looking the other way," said Ulrich Delius, the STP's Africa-consultant, in Göttingen on Monday. Despite the fact that UN-agencies had sent out an urgent call for help in September 2014, only ten percent of the 35 million US dollars needed to provide supplies for the 400,000 refugees have so far been made available.

In 2014, the human rights situation in Libya deteriorated dramatically. Kidnappings, killings, beheadings, executions, threats against journalists, attacks against human rights activists, torture in secret prisons and the use of child soldiers have increased dramatically. More than 2,000 people fell victim to politically motivated violence. On Christmas eve, the body of a young Coptic Christian woman (aged 18) was found. She had been kidnapped a few days earlier in Sirte, most probably by radical Islamists. The kidnappers had also killed her parents, the Egyptian doctor Magdi Sobhi Toufik and his wife. In February 2014, Islamists had already murdered nine Copts.

In the city of Misrata, the militias are still keeping about 6,000 people detained and are torturing them in secret prisons. Many of the prisoners are from the neighboring town of Tawergha. The dark-skinned Libyans are persecuted simply because they are seen as supporters of ousted dictator Gaddafi. There is still no solution for the approximately 40,000 dark-skinned people of Tawergha who were driven out of the city, since the militias are keeping them from returning. 2,500 of them had found temporary refuge in the city of Benghazi – but were driven away from there too.

Among the 400,000 internally displaced people in Libya, there are also tens of thousands of Berbers and Tuareg. Thus, more than 15,000 Berbers from the Nafusa mountains in the west of the country were forced to flee from the fighting between different militias in autumn of 2014. The ongoing clashes between Tuareg and Toubou militias in the south of the country went almost unnoticed in Europe. The fighting for control of oil fields and trade routes had escalated – and 16,000 Tuareg, Tuareg and Toubou were forced to flee from the city of Obari.