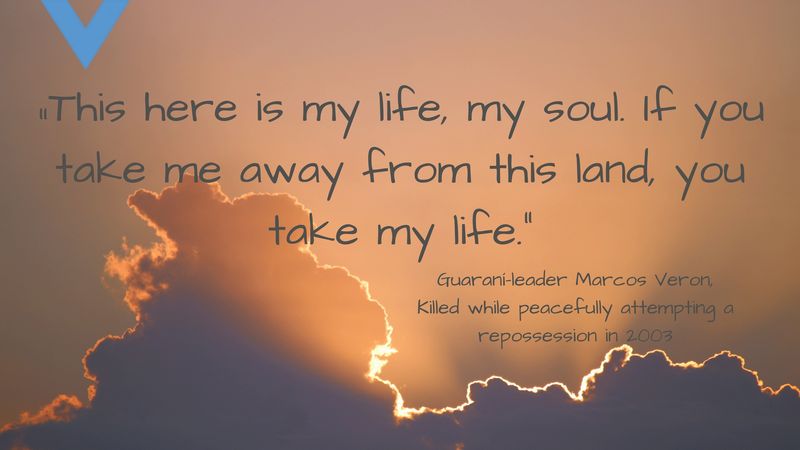 Brazil is celebrating the Olympic Games, but the members of the approximately 305 indigenous communities in Brazil have no real reason to celebrate.

Brazil is celebrating the Olympic Games, but the members of the approximately 305 indigenous communities in Brazil have no real reason to celebrate. “For many indigenous people, it is hard to identify with the Olympic fire: What they experience at the moment is a destructive gold rush, not the Olympic spirit,” criticized Yvonne Bangert, speaker at the Society for Threatened Peoples (STP). “More than a third of the 672 indigenous territories are acutely threatened by land grabbing and economic interests. Legislative and constitutional amendments – forced through by lobbyists of the agricultural, mining, and energy industries – are a threat to these protected areas and to the livelihoods of the indigenous people. This is happening despite the fact that Brazil ratified the UN Convention 169 of the ILO and granted the indigenes strong constitutional rights after the end of the military dictatorship in 1988.”

Laws such as PEC 215 and PEC 65 are undermining the rights of the indigenous peoples of Brazil. PEC 215 is to transmit the decisional power for approving indigenous protected areas to Parliament – in which the agricultural lobby has a strong presence. “Indigenous human rights activists fear that under the new law, no further protected areas will be accredited and no new application procedures will be allowed. Furthermore, areas that have already been acknowledged as protected indigenous lands might still be used to exploit natural resources of these territories.” This is despite the fact that having their own territories is a matter of survival for the indigenous communities. PEC 65 is to replace the previously three-staged environmental testing procedures for new projects by only one test – which, moreover, can be carried out by companies that are interested in construction contracts for the respective site themselves.

Corruption scandals and the still undecided impeachment proceedings of President Dilma Rousseff are playing into the hands of the agricultural and industry lobby, thus facilitating the appropriation of indigenous territories. It’s the reserves of raw materials in the indigenous areas that create new desires. Already, procedures for the recognition of reserves and their effective protection are deliberately delayed; the STP criticizes, referring to a report of the Indigenist Missionary Council (Conselho Indigenista Mission, CIMI), the human rights organization of the Brazilian Bishops' Conference for indigenous peoples. “The construction of hydroelectric power plants or the implementation of other forms of land use, such as soy or sugarcane monocultures, are to be seen as important motifs behind these hold-ups,” added Bangert.

Gigantic hydroelectric projects such as the Belo Monte reservoir dam on the Xingu River or the complex of reservoir dams on the Rio Tapajós – both tributaries of the Amazon in the state of Pará – are driving indigenous and non-indigenous residents away from the riverbank, destroying their livelihood. Reportedly, 250 dams are to be planned in the entire Amazon region. Monocultures of soybean and sugarcane are the reasons for the suffering of the Guaraní Kaiowá in Mato Grosso do Sul, which have already been expelled from the largest region of their territory. According to a study by the food right organization FIAN, 90 percent of the Guaraní Kaiowá are currently dependent on government food assistance programs.