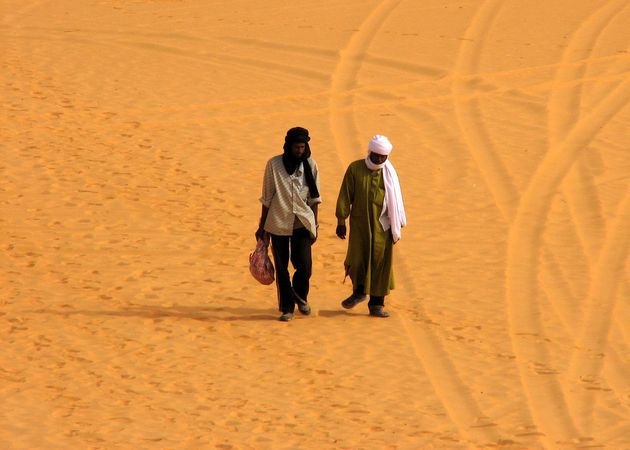 In September 2011, around 12,000 dark-skinned families from Libya had been forcibly expelled from the city of Tawergha, following the overthrow of dictator Gaddafi. Photo: Steve Rideout via Flickr

Six and a half years after 48,000 dark-skinned inhabitants of Tawergha (Libya) were forcibly evicted for racist reasons, they are now allowed to return – as of February 1, 2018. According to the Society for Threatened Peoples (STP), the plans to repatriate and compensate the displaced persons are to be seen as “a positive signal for reconciliation” in the North African country. At the same time, however, the human rights organization warned that this long-awaited breakthrough in the Tawergha issue does not mean that there is no more racism in Libya. “Finally, a solution has been found for the displaced persons from Tawergha – but there is still racism against dark-skinned people in Libya. Almost every day, there are reports about refugees from Eritrea and Sudan who become victims of abductions and torture in Libya – and about human traffickers who are responsible for the most serious human rights violations,” reported Ulrich Delius, the STP’s director, in Göttingen on Wednesday.

In September 2011, around 12,000 dark-skinned families from Libya had been forcibly expelled from the city of Tawergha, following the overthrow of dictator Gaddafi. Residents from neighboring Misrata had accused them of supporting the Gaddafi regime. The inhabitants of Tawergha are Libyans, not refugees from other states – and the only aspect in which they differ from the Arab majority is their skin color. Their homes were systematically attacked and destroyed by militias, turning the place into a ghost town. Many residents were abducted by militiamen and tortured to death – only because of their skin color.

During the past few years, the people from Tawergha had repeatedly tried to return, but in vain. They were threatened by militiamen and had to leave the city again. Officially, there are 48,000 registered former residents who were forced to find shelter in camps all over Libya or to seek refuge abroad. A larger group of former inhabitants of Tawergha was granted asylum in Saxony.

For years, the STP has been campaigning for their return and for a reconciliation with the inhabitants of the neighboring town of Misrata. “The Libyan authorities ignored the dramatic fate of the displaced people for quite a while. For the embattled country, positive news are very important at the moment – to create the impression of normalcy. Libya’s image has suffered from the scandal over the enslavement of African refugees, not only in Africa,” said Delius. “However, the solution to the Tawergha question is not to be seen as a happy ending as long as dark-skinned people have to fear for their life on Libya’s streets.”