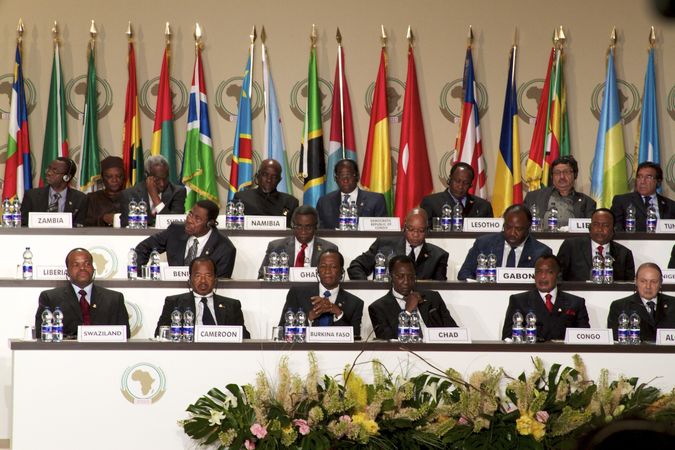 Following recent terrorist attacks by Boko Haram, the Society for Threatened Peoples (STP) has accused the African Union (AU) of failing to protect the civilian population in the scope of the anti-terror measures. “As the AU is now demanding even more money to finance its armed struggle against Boko Haram, it must be able to present an adequate concept about how to curb the violence in South Africa and to protect the civilian population effectively. The AU’s regional peacekeeping force, the Multinational Joint Task Force MNJTF, has so far not been very effective,” said Ulrich Delius, the STP’s Africa-expert, in Göttingen on Monday. In May 2015, the MNJTF was expanded: Now, a total number of 8,700 soldiers are supposed to fight the terrorist group in a cross-border mission. The donor conference in Addis Ababa is supposed to strengthen the MNJTF-mission with 100 million euros.

During the last six days, at least 185 people lost their lives in Boko Haram attacks in Nigeria, Cameroon and Chad. 213 people were injured. According to official reports, 86 people got killed in a raid on the village Dalori in Borno State (Nigeria) on Saturday night alone. Here, 62 people were injured. Three suicide bombers had struck in the village after they had not succeeded in entering a refugee camp. Previously, on Monday of last week, Boko Haram militants had killed five traders in the surroundings of Maiduguri (Borno State). On Wednesday, 13 persons lost their lives in a triple bomb-attack in Chibok. On Friday, ten people got killed in the Nigerian state of Adamawa, when a twelve year old boy carried out a suicide attack on a market in Gombi.

On Sunday, two suicide bombers struck in Chad, killing three people and injuring 56. On Monday of last week, 28 people died and 65 were injured in attacks on three villages. In addition, 40 civilians lost their lives in recent combat missions of the armed forces of Cameroon and Nigeria against Boko Haram.

“The attacks clearly show that Boko Haram is still extremely dangerous – and the MNJTF is not yet able to coordinate the anti-terrorist struggle in West Africa effectively. Thus, the terrorist group has repeatedly managed to retreat to neighboring countries when the Nigerian security forces put too much pressure on them. Also, there is a lack of joint initiatives to tackle terrorist effectively, beyond military operations,” said Delius.