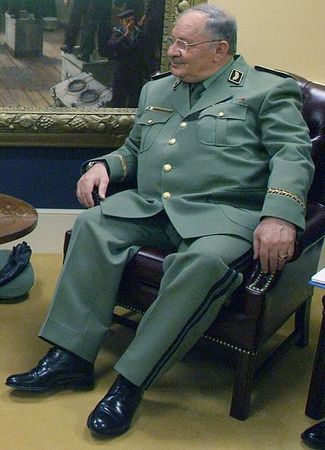 --- Göttingen, December 23, 2019 ---- Following the sudden death of influential army chief General Ahmed Gaid Salah, Algeria is at a crossroads, the Society for Threatened Peoples (STP) warned. "Algeria's democracy movement is strengthened by the death of its most important opponent. Now, it is time for Europe to finally show interest in Algeria's future and to promote democratization and a rule of law. The European Union (EU) relied on the powerful army chief to prevent democratic change in the country for much too long," stated Ulrich Delius, the STPs director, in Göttingen on Monday. Today, General Ahmed Gaid Salah died of heart failure at the age of 79. Over the last few months, he had become the primary enemy of the democracy movement, which is mainly supported by young people, as he ordered massive interventions by the security forces and systematic measures to keep protesters from entering the capital Algiers. In April 2019, when the pressure from the streets became too much, he enforced the resignation of the seriously ill 82-year-old President Abdelaziz Bouteflika, to whom he had been loyal for years.

"Europe cannot be indifferent to the fate of Africa's largest territorial state," Delius warned. If a new war breaks out in neighboring Libya, with international involvement, Europe can no longer ignore the far-reaching changes in Algeria. After decades of stagnation, Algeria's young people are demanding changes and an end to the mismanagement of the old power elite.

In order to stifle the democracy movement, the General had ordered harsh measures against protesters who dared to publicly display the flag of the indigenous Berbers. Although the language of the Berbers is officially recognized, the General had members of the minority group criminalized and charged as "enemies of the state".

Internationally, the General had been praised for his commitment against widespread corruption. He had brought leading representatives of the power circle around President Bouteflika to justice in order to channel and contain the anger of the people against those who were responsible for widespread mismanagement. "In fact, this anti-corruption policy was primarily a means of settling old scores amongst those who were in power – rather than a means to effectively combat corruption," Delius explained. Thus, the democracy movement is right for criticizing that the General had, for decades, been part of the corrupt system which he now claims to be fighting.