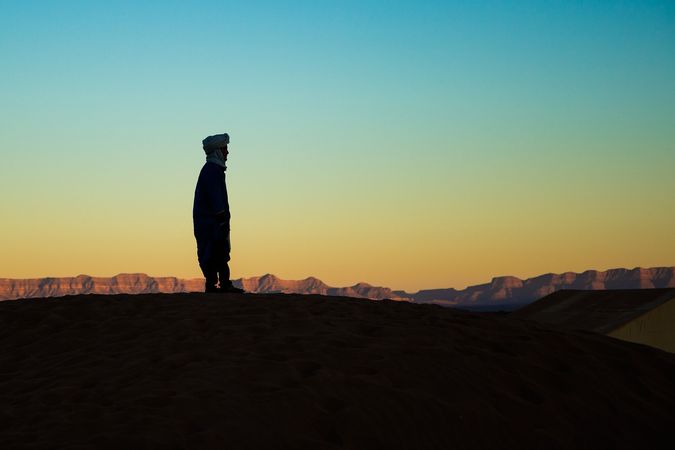 "The fact that protesters are arbitrarily criminalized in order to intimidate the protest movement clearly shows that Algeria's government does not care much about the rule of law and democratization," stated Ulrich Delius, the STP's director, in Göttingen on Wednesday. Picture: Thomas Elst via Pixabay

The Society for Threatened Peoples (STP) has accused Algeria of criminalizing the indigenous Berbers (or Amazighs) in order to stir up tensions in the country before the presidential elections in December 2019. According to the human rights organization, it was an arbitrary decision to sentence 28 protesters to prison terms for showing the Berber flag during protests for the democratization of the country. Yesterday, a court in the capital Algiers sentenced the protesters to six months imprisonment and a further six months probation as well as a fine – after they had already been detained for several months. "The fact that protesters are arbitrarily criminalized in order to intimidate the protest movement clearly shows that Algeria's government does not care much about the rule of law and democratization," stated Ulrich Delius, the STP's director, in Göttingen on Wednesday.

The protesters were arrested in the course of demonstrations for a democratization of the country in June 2019, after army chief Ahmed Gaid Salah had ordered that it was only allowed to show the Algerian state flag during public protests. The prosecutor had demanded two years in prison, arguing that the Berber flags were "a threat to the integrity of the state territory". The lawyers of the defendants emphasized that there was no legal provision prohibiting the showing of the Berber flag. After all, the Berber language, Tamazight, is spoken by a quarter of the 40 million inhabitants of the country and has been the official language of the country since 2016. "The Berber flag is a cultural symbol of Kabyle, Tuareg, Chaoui, and other Berber communities – emphasizing that that they are the indigenous inhabitants of North Africa, after decades of discrimination," Delius stressed. Since the independence of Algeria in 1962, the Berbers suffered from ongoing measures of Arabization and Islamization.

The lawyers of the 28 convicts filed an appeal against the court ruling. A lawsuit against another 14 people who are accused of showing the Berber flag was removed from the case and adjourned to November 18. The Berbers served as the backbone of the democracy movement in Algeria for decades. Tens of thousands of young people have been protesting for more democracy every Fridays for the last 38 weeks, demanding a rule of law and an end to corruption and nepotism in Algeria.