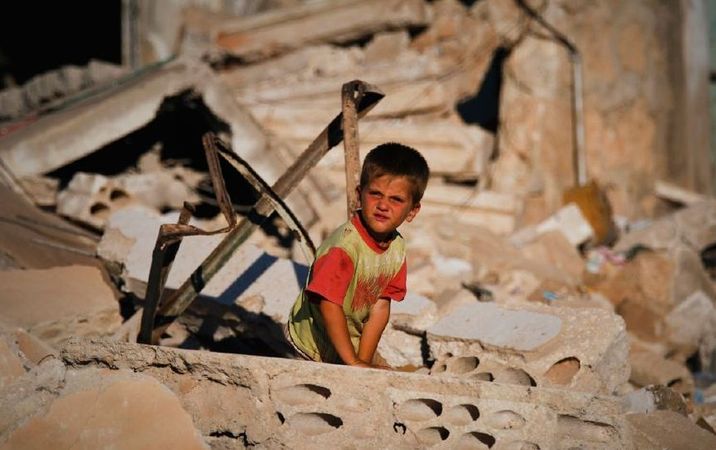 As the Society for Threatened Peoples (STP) was informed by Druze sources, Sunni extremists of the Al Nusra Front and allied groups of the Syrian Islamist opposition have murdered dozens of Druze in northwestern Syria on Wednesday. Some Druze websites, on which the names of the 20 victims were published, also reported that there is an eight year old child among the victims. The Al Nusra Front is the Syrian branch of the terrorist network Al Qaeda.

The massacre is said to have taken place in the mountainous region of "Simaq" in the province of Idlib, where there are 17 Druze settlements with more than 30,000 inhabitants. Around 20,000 refugees from the war zones have sought protection there. The Druze religious community belongs to the Shiite confession. Its followers live mainly in Lebanon (280,000), in Syria (about 700,000), in Israel (approximately 125,300) and – in very small numbers – in Jordan.

In 2011, at the beginning of the Syrian revolt, the province of Idlib had about 1,850,000 inhabitants; mainly Sunnis and members of smaller minority groups. By now, almost all Christians have fled from Idlib. The armed resistance against the Assad regime was particularly strong in this region, which is why the Syrian Air Force did not only attack positions of the Islamists, but also peaceful villages, even with barrel bombs. At the end of May 2015, the Islamists captured the capital city of the province, which is named Idlib too. The fighters were actively supported by the Turkish government.

From the viewpoint of the Syrian opposition abroad, "the National Coalition for Syrian Revolutionary and Opposition Forces," the conquest is to be seen as a "liberation". The armed Islamist opposition is planning to set up a "purely Sunni-Islamic state" in Syria. Therefore, members of minority groups are persecuted and expelled. The Assad-regime is supported by Iran and the Shiite Hezbollah, while the armed resistance can rely on support by Turkey and Saudi Arabia.

At the end of May, the Arabic Qatari TV channel Al Jazeera treated Abu Mohammed al-Golani, head of the Al Nusra Front, as a head of state – giving him the opportunity broadcast his opinions for several hours. The Islamists leader announced "revenge campaigns against anyone who attacked the Sunnis". Further, he urged all non-Sunnis to convert to "the true Islam". Several German and international media have denounced Al Jazeera's decision as "a public relations offensive to attract more viewers".