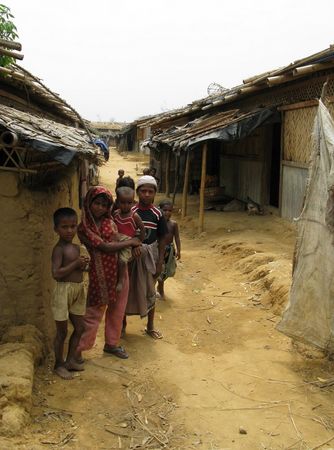 The Society for Threatened Peoples (STP) warns that the democratic process in Burma is about to fail. "If Burma is unable to end the war against the ethnic minorities and to address the Rohingya crisis, there will be no sustainable democratization in the country", said Ulrich Delius, the STP's Asia-consultant, in Göttingen on Friday. "The figures are alarming: more than 100,000 Rohingya have fled from the ongoing human rights violations in the country since the beginning of the crisis in June 2012 – and about 900 members of the Muslim minority decide to escape from Burma every day since mid-October of 2014. There are also outbreaks of violence in provinces which are inhabited by the non-Burmese minority groups."

Due to the alarming situation, Nobel Peace Prize winner Aung San Suu Kyi will be meeting army chief Min Aung Hlaing on Friday. It is the opposition leader's first meeting with the powerful General since her election to parliament in 2012. "The army is the key to peace and a democratic process in the country. If the army is not willing to change its views, the peace process in the minority areas will fail," fears Delius. The army continues to provoke clashes with the freedom movements of the minority groups and thus undermines the government's efforts to negotiate a comprehensive ceasefire agreement with the minorities. Such an agreement would be a precondition for peace negotiations, an approach to finally put an end to the civil war which has been going on in the minority areas for the last six decades.

The traditional territories of the non-Burmese minorities of the Karen, the Shan, Karenni, Chin, Mon and other ethnic groups are mostly in the remote mountainous regions along the borders. The minority groups represent only 30 percent of the population of the multi-ethnic state (in which 135 ethnic communities are officially recognized), but their settlement regions are of utmost importance for the development of the state due to the mineral resources and oil and gas reserves.