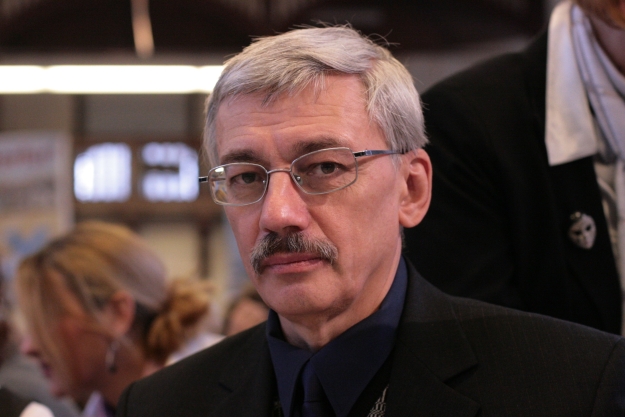 A few days before the Chairperson of the famous Russian human rights organisation MEMORIAL, Oleg Orlov, receives the Victor Gollancz Prize of the Society for Threatened Peoples STP (Gesellschaft für bedrohte Völker GfbV) in Göttingen he will appear at court in Moscow. He must answer charges of slander in a criminal case because he associated the feared Chechnyan President Ramzan Kadyrov with the murder of his colleague Natalya Estemirova. Kadyrov, who leads a terror regime in Chechnya, has brought charges against the human rights activist. In a first civil case Orlov and his organisation have already been fined. In view of the internationally controversial Russian system of justice a prison sentence against the internationally renowned human rights activist would not be surprising.

The STP, which has criticised the case against Orlov as scandalous, has granted its Victor Gollance Prize for 2009 to MEMORIAL (in honour of the exemplary courage of the members of staff, who day by day risk their lives for their self-sacrificing human rights work in a hostile environment”. Linked with the award is the hope that the work of MEMORIAL will receive more attention and that the human rights worker will find advocates among German politicians to give him a certain protection from arbitrary dealings on the part of government and the courts, said the STP Chairperson, Tilman Zülch. In 2009 eight human rights and civil rights workers, among them staff members of MEMORIAL; have been murdered in Chechnya and Russia.

The STP Prize is named after the British Jewish humanist, publisher and writer, Victor Gollancz (1893 – 1967), who throughout his life exposed crimes against humanity and mobilised help for the survivors. Ever since 1933 Gollancz fought a desperate battle against the crimes of the Nazis and for the acceptance of survivors of the Holocaust. He spoke out against Hiroshima and Nagasaki and against the mass deportations of Germans and collective guilt. He was one of the founders of the Campaign for Nuclear Disarmament CND and was for many years one of the great advocates of reconciliation between Germany and Great Britain.

The STP Chairperson, Tilman Zülch, can be reached at politik@gfbv.de