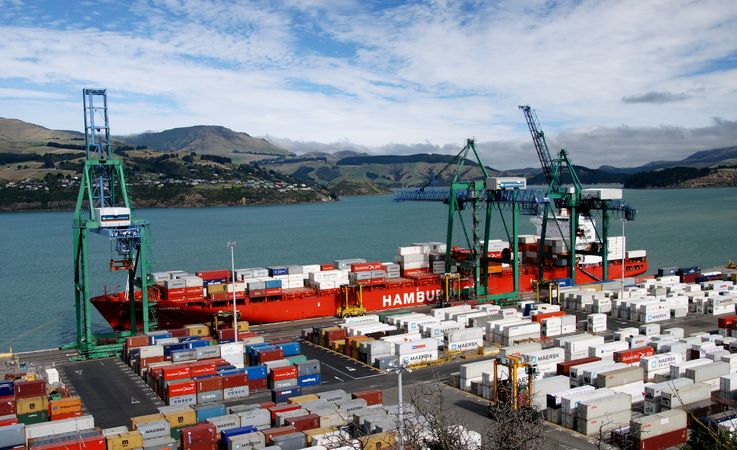 On November 8, 2018, several state-owned Chinese companies settled a deal with Burma, focusing on the construction of a new deep-water port in Kyaukpyu in Rakhine State, the traditional home of the Rohingya. Photo: Bernard Spragg. NZ via Flickr CC0 1.0

The Society for Threatened Peoples (STP) has accused China of ignoring the serious human rights violations in Burma in order to pursue its power interests in Southeast Asia. The human rights organization criticized the Chinese government for ignoring the Burmese army's attacks against the Rohingya in order to build a strategically important deep-water port in their home country.

"In their public speeches, China's rulers tend to preach multilateralism – while trampling on international law at the same time," stated Ulrich Delius, the STP's director, in Göttingen on Tuesday. "Instead of trying to ensure that Burma's generals will be prosecuted, Beijing is aiming at even closer cooperations with Burma's powerful military. The strategy of using the genocide against the Rohingya in Burma to bind the country to China is inhumane and perfidious."

On November 8, 2018, several state-owned Chinese companies settled a deal with Burma, focusing on the construction of a new deep-water port in Kyaukpyu in Rakhine State, the traditional home of the Rohingya. In a first construction phase, an existing small fishing port will be turned into a modern deepwater port with two basins. About 70 percent of the necessary investment of 1.3 billion USD will be contributed by China, the remaining 30 percent will be raised by Burma. The project is the largest joint economic project between the two countries. For China, the planned deepwater port on the Indian Ocean is a strategically important part of the maritime Silk Road strategy.

Further, the railway companies of both countries are planning to conduct a feasibility study for the construction of a railway line between the city of Muse in the north of Shan State, close to the Chinese border, and the commercial center Mandalay in central Burma. For China, the expansion of the rail network is another important aspect of the Silk Road strategy. A new railway line between the city of Kunming in the Chinese province of Yunnan and the adjacent Chinese border town of Ruili is already under construction.

In addition to the planned railway route, pipelines for the transport of oil and natural gas have already been laid from the port in Kyaukpyu to Ruili in China. In the future, the People's Republic will use the pipelines to source oil and gas from the Middle East – in order to bypass the strategically delicate Malacca sea route, which China can not control.