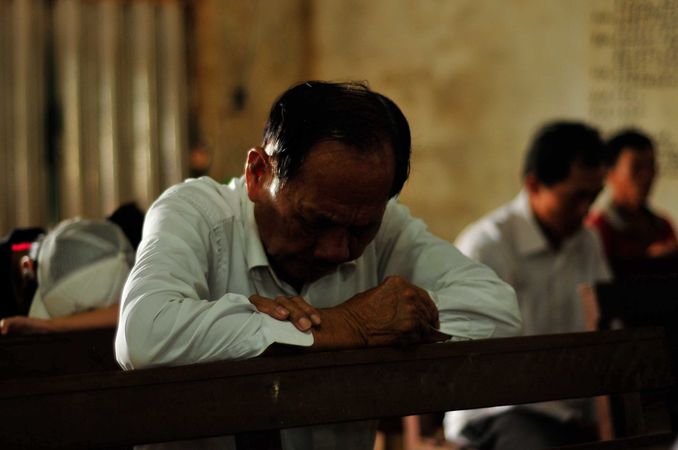 China’s Communist Party will never accept the fact that the number of Christians in the People’s Republic is growing, as it strives for absolute power, Photo: Surfing the Nations via Flickr

On Thursday – following criminal investigations against the Christian editor of the Hong Kong-based economic newspaper “Commercial Daily”, who recently fled from the country – the Society for Threatened Peoples (STP) warned that violations of religious freedom in China should not be ignored. Long Zheyang (47), who had criticized religious persecution of Christians in China, is now accused of “breaching secrecy”. “China’s Communist Party will never accept the fact that the number of Christians in the People’s Republic is growing, as it strives for absolute power,” said Ulrich Delius, the STP’s Asia-expert, referring to the Vatican’s hopes that the relations between China’s leadership and the Catholic Church might improve. “The dramatic flight of the newspaper’s former leading editor clearly shows how little tolerance the Chinese authorities have for critics of religious persecution – even in Hong Kong, where freedom of the press is officially guaranteed.”

Long Zheyang is accused of having disclosed details about how the Chinese officials use and control “Commercial Daily”. Until recently, the Christian was managing director of the influential newspaper. He had publicly criticized China’s initiative to have the crosses removed from Christian churches in Zheyiang province as a serious regression into the era of the cultural revolution. He had also stated to be a supporter of the democratic movement in Hong Kong. As a result, he had received several warnings, was released from his duties for a few months before being isolated and – finally – dismissed in 2016. He had not informed his employer until after leaving the country, as the newspaper confirmed on January 13, 2017.

Meanwhile, Long Zheyang and his family have applied for political asylum in the US. He complained that his daughter and other family members who are still living in China are under massive pressure by the security authorities.