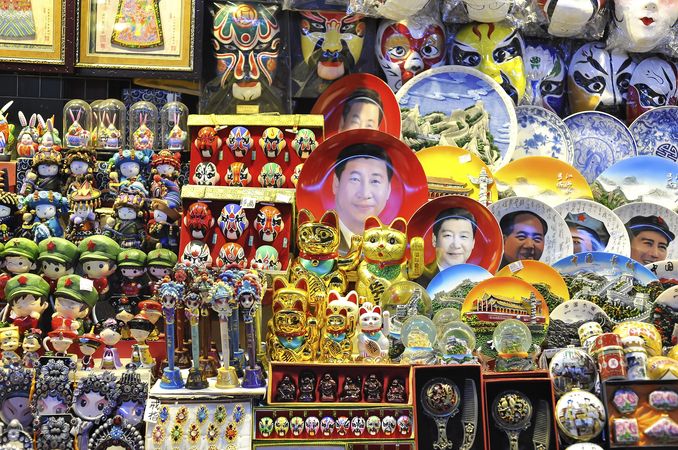 China's cheap exports of steel, aluminum and textiles are causing human rights violations against Tibetans, Uyghurs and Mongols. Without cheap raw materials and especially cheap energy from Tibet, Xinjiang / East Turkestan and Inner Mongolia, the extent of cheap exports in the three sectors would be significantly lower. Photo: bushton3 via iStock

In the run-up to the EU summit in Brussels on Thursday, the Society for Threatened Peoples (STP) warns that China should not be granted the status of a market economy. “China’s cheap state-funded exports of steel, aluminum, and textiles are leading to human rights violations against the Tibetans, the Uyghurs, and the Mongols. For example, there are massive mining projects in the holy mountains of the Tibetans, brutal crackdowns on peaceful protests of villagers, and arbitrary arrests of environmental activists,” warned Ulrich Delius, the STP’s Asia-expert, in Göttingen on Tuesday. “During the last few years, the Chinese government has moved environmentally problematic industries from the metropolitan areas near the east coast to Xinjiang/East Turkestan and to Inner Mongolia, where – thanks to state-funding – it is possible to produce goods at even lower prices. The aim is to prevent environmental protests at the east coast and, at the same time, to increase production with new, even more powerful plants in order to offer export goods at a more competitive price. However, the Uyghurs and the Mongols are suffering from environmental pollution and from human rights violations.”

In the course of the summit, it is to be decided whether the People’s Republic will be granted the status of a market economy. If there are no further actions by the EU before December 11, 2016, China will automatically be granted this status after 15 years of membership in the World Trade Organization. This would make it even harder to take measures against China’s cheap exports. While Germany and the other leading export nations are trying to avoid a new dispute with Beijing for fear of a trade war, Italy, Portugal, Spain, and Poland are against granting China the status of a market economy. They fear that new cheap imports could destroy their domestic industry. Parts of the German industry and some of the trade unions are against granting China this status as well.

A 51-page human rights report published by the STP in June 2016 gives an overview of the exploitation of China’s natural resources in Tibet, Xinjiang, and Inner Mongolia – and it describes the peaceful resistance of the local population against the destruction of their country. On April 8, 2016, for example, 500 policemen brutally broke up a demonstration of 300 Mongolian nomads who protested against an aluminum mill that is contaminating their pastures. More than 20 nomads were arrested. In the Tibetan village of Khelpa (Gansu Province), six Tibetans were beaten by police officers when they protested against a goldmine that, on June 1, was established in a holy mountain nearby. In East Turkistan, the massive presence of security forces serves to stifle any protests.