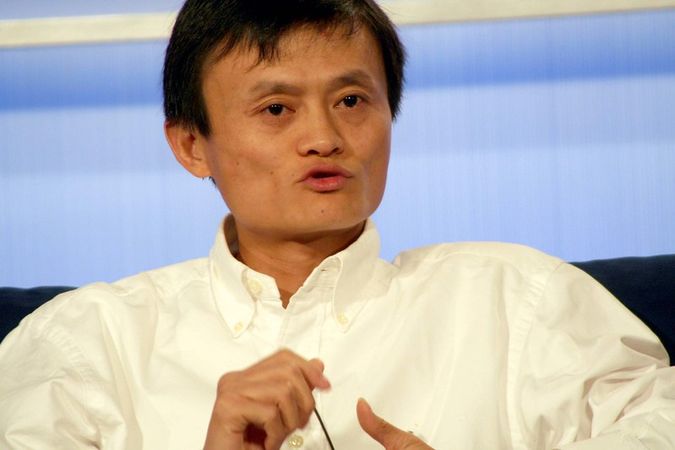 . Billionaire Jack Ma is the face of "good" China. The founder of the logistics company Alibaba and current chairman of the Jack Ma Foundation is currently distributing breathing masks and virus tests worldwide, on behalf of the Chinese government. Picture: JD LAsica via Flickr (CC BY 2.0)

The Society for Threatened Peoples (STP) warns that China is changing the world order, distracting from its own human rights violations by offering humanitarian aid in the struggle to contain COVID-19. According to the human rights organization, China is expanding its influence worldwide by means of humanitarian aid in connection with the coronavirus outbreak – while the European states are largely preoccupied with themselves. Thus, Europe should show more solidarity with the victims of the crisis and help the poorest countries of the world to cope with the virus. "After panda bear diplomacy, the Confucius Institutes, and the generous allocation of development aid, China is now offering humanitarian soft power. Focusing on humanitarian aid, China is trying to present itself as a pioneer against the virus in order to distract from its own failures," explained Ulrich Delius, the STP's director, in Göttingen on Monday.

Forgotten are the disappeared citizen journalists who courageously reported on the catastrophic conditions in Wuhan before they were silenced by the Chinese state security – and nobody really talks about the fact that the re-education camps in Xinjiang are not sufficiently protected against COVID-19. Billionaire Jack Ma is the face of "good" China. The founder of the logistics company Alibaba and current chairman of the Jack Ma Foundation is currently distributing breathing masks and virus tests worldwide, on behalf of the Chinese government.

In the next few days, the 54 poorest countries in Africa will receive 100,000 face masks, 20,000 virus tests, and 1,000 protective suits. As Ethiopia is particularly affected by the crisis, a cargo plane carrying 5.4 million respirators and more than one million virus tests landed in the capital Addis Ababa yesterday. The logistics company Alibaba – which recently opened a logistics platform in Ethiopia – will take care of the distribution of the relief supplies. "Alibaba will benefit significantly. The company will not only boost its image, but also its establishment on the Ethiopian market.

"Thus, as in the case of repression in Xinjiang, China's corporations are once again cooperating closely with the government in Beijing, to the benefit of both sides," said Delius.  In the long term, cooperations like this will give Chinese companies unfair competitive advantages over companies from other countries – and China's government could use humanitarian aid to demand the willing compliance of even more countries. "In the United Nations, we can already see where this development is leading: China is constantly expanding its influence in order to dismantle the international human rights system," Delius warned.