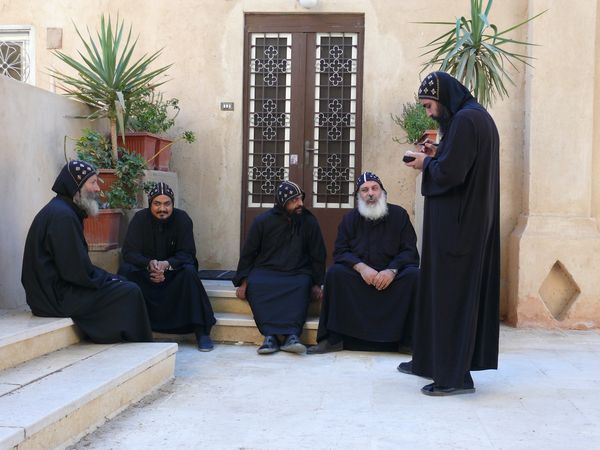 Copts in Egypt are oppressed by all sides and their religious freedom and existence is in danger. Over and over they are attacked by islamist extremists. Photo: Someone10x via Wikimedia Commons

Yesterday (Thursday), the terrorist organization Islamic State (IS) killed a Coptic priest in Egypt. As the Society for Threatened Peoples (STP) reported on Friday, 46-year-old Raphael Moussa of the Mar Girgis Church in the town of El Arish in the northern Sinai Peninsula was gunned down in a parking lot next to his church after church service. IS published a social media statement, claiming responsibility for the attack and stating that the Coptic priest was executed because he had allegedly turned against Islam.

“This terrorist attack clearly shows how the Copts in Egypt are being harassed from all sides. This is against the concept of freedom of belief – and a threat to their existence,” said Ulrich Delius, the STP’s Africa consultant, in Göttingen. There have also been several other attacks by Islamist extremists – for example an attack on the Christian village Qarayat al Bayda (near the city of Alexandria in the Nile Delta) following Friday prayers on June 17, 2016. The attackers suspected that a house under construction might be intended to serve as a Coptic Church. This assumption turned out to be unfounded – but 80 houses of Coptic families were destroyed. The Coptic spiritual leader Karas Naser was attacked physically. The Copts called the police for help. The police officers didn’t do anything about the destruction of the houses, but took six Copts and six Muslims in custody. The Muslims were released shortly afterwards without further investigation, but the six Christians had to spend the night in custody. They were released on bail the next day – and there will be investigations regarding alleged illegal religious activities and doing construction work without a building permit.

For fear of violent protests by Islamic extremists, the authorities have so far mostly refused to grant building permits for churches. In September 2016, the Parliament will finally adopt a new law to regulate the construction and renovation of churches, guaranteeing religious freedom for Christians living in the country.

There are also attacks against Copts in their main settlement area in southern Egypt. At the end of May 2016, a mob of about 200 attackers raided flats of Coptic people in the village Al Karam, destroying at least seven houses. In the event, the extremists also dragged the 70-year-old Coptic woman Soaad Thabet onto the street, stripped her naked and beat her through the streets. The reason for the attack was that were rumors about an alleged love affair between her son and a Muslim woman.