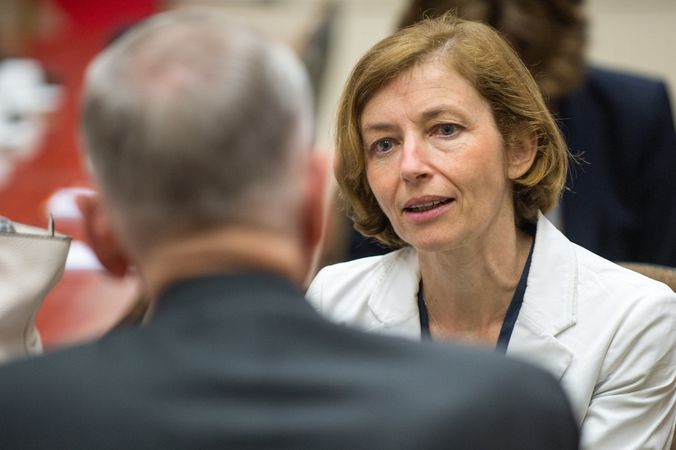 On January 29, during a visit to Malaysia, French Defense Minister Florence Parly had already announced that her government would vote against a palm oil ban. Photo: James N. Mattis via Flickr

The Society for Threatened Peoples (STP) warns that a planned ban on palm oil in biodiesel in the European Union might be bound to fail. “The palm oil ban might fail – despite an according decision by the European Parliament – because economic interests are given priority over environmental protection and human rights,” said Ulrich Delius, the STP’s director, in Göttingen on Tuesday. Thus, the governments of Britain and France are against the groundbreaking ban because they are hoping for lucrative arms exports to Malaysia. “There will also be more criticism in Germany, now that Siemens Group placed an offer to build a high-speed railway line in Malaysia,” says Delius.

In January 2018, the European Parliament had decided that palm oil should no longer be used in biodiesel in the medium term. However, there had been protests by Indonesia and Malaysia, the most important producers of palm oil. Malaysia accused the EU of discrimination, threatening to boycott European products and to kick off a trade war. The European Parliament, the European Council, and the European Commission intend to agree on a common position of the EU by the end of 2018.

On January 29, during a visit to Malaysia, French Defense Minister Florence Parly had already announced that her government would vote against a palm oil ban – justifying this statement by emphasizing how important the raw material is for Malaysia’s economy. “This, however, is just a pretextual reason. In fact, it’s all about trying to sell 18 Rafale fighters to Malaysia, which France has been trying to arrange for years,” said Delius. Britain might be able to sell modern Typhoon fighters to the Southeast Asian state – and is therefore to be seen as a competitor in a possible arms deal. British Defense Secretary Gavin Williamson fears that 20,000 jobs in the British defense industry will be on the line if the deal (which is worth $ 5.6 billion) fails. The British Environment Minister Michael Gove, however, is in favor of the ban on palm oil.

“The hurdles for a ban on palm oil are getting higher ever since Siemens/Alsthom and its Malaysian partner George Kent applied for the construction of a high-speed railway line between Kuala Lumpur and Singapore,” said Delius. “Thus, Europe is susceptible to blackmail, and there is no common foreign policy or environmental policy in sight. It is the indigenous peoples who will have to suffer, as the palm oil boom is destroying their forests and their livelihoods.”