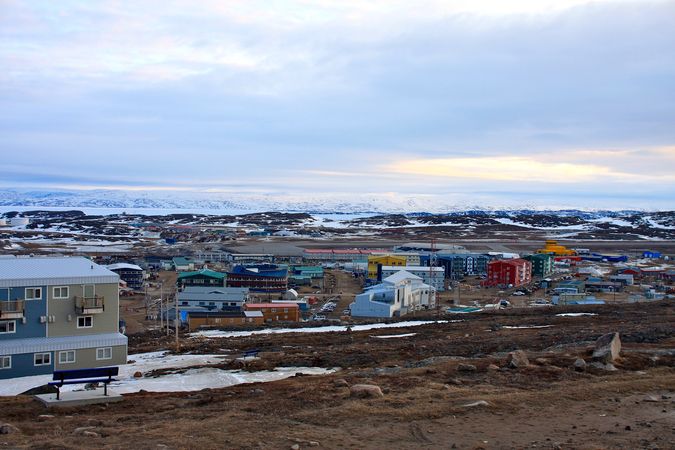 The Society for Threatened Peoples (STP) warns that Covid-19 might be especially dangerous for the indigenous peoples of the Russian Arctic. Due to a raw materials boom, there are more and more large construction sites in the region – with a lot of changing personnel. This is a potential threat for the traditional inhabitants. The north of the country already has the highest coronavirus infection rates after the big cities Moscow and St. Petersburg. "The Sami, Nenets, Komi and other indigenous peoples are paying a high price for Russia's economic growth. Following the destruction of their natural environment, they are now facing a serious health threat because of Russia's hunger for raw materials," explained Ulrich Delius, the STP's Director, in Göttingen on Thursday. The human rights organization calls for a suspension of new large-scale projects in the Russian Arctic in order to keep the virus from spreading. The affected companies, on the other hand, want to continue their large-scale projects despite the increasing infection rates.

Yesterday, for example, the Russian natural gas company Novatek stated that it will continue operating a construction site near the city of Murmansk – a new factory that will build drilling platforms for natural gas production in the Arctic Ocean. "According to official figures, 206 people at the Belokamenka construction site on Kola Bay are now infected with the virus," Delius stated. The number of infected people among the 11,000 employees on the construction site had almost doubled within just one day. The Russian government was so alarmed about the growing number of infected people that medical supplies were sent to the region over the Easter weekend in order to set up a mobile hospital.

Covid-19 is also increasingly spreading to the natural gas fields on the Yamal Peninsula further to the east. Most of the affected facilities are operated by the Gazprom Group, and personnel of the natural gas company are blamed for the increase in coronavirus infections. Following the death of an infected Gazprom employee, many of the peninsula's indigenous Nenets are skeptical whether they will receive sufficient medical care or be tested for possible infections. "The healthcare situation in the Russian Arctic is catastrophic. The region is not prepared for a high number of coronavirus infections. For the indigenous people in the region, the pandemic could become a disaster," Delius warned.

At the end of March 2020, it became clear that the health system of the polar region is not fit to cope with the epidemic: when the number of infected people in the Republic of Komi, north of the Ural Mountains, increased by one hundred within one day, the authorities sounded the alarm. This was even heard in Moscow – and the governor, who had been in office for 15 years, was replaced by the Russian Deputy Minister of Health, Vladimir Uiba, within only a few days. The 62-year-old is now to restructure the health system in Komi, as there are many Covid 19 cases, especially in hospitals.