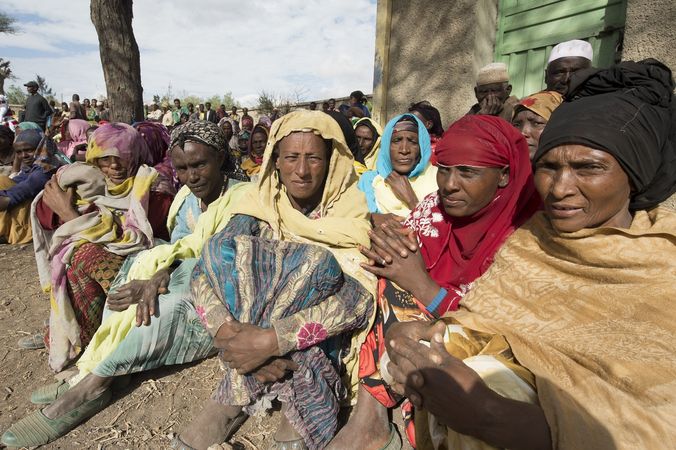 50 days after a state of emergency was declared in Ethiopia, the Society for Threatened Peoples (STP) stated that there is still a climate of fear and intimidation in the rural areas of the Oromia region, where the protests were especially loud. “The people are living in fear of further arbitrary arrests. Almost everyone knows someone who was arrested for protesting against the government’s policy and has disappeared ever since,” the human rights organization stated, referring to a 12-page report (published by the STP on Monday) on the impressions of a trip to the highlands of Ethiopia after the imposition of the state of emergency on October 9, 2016. “There is surveillance by the state security agencies – and social media platforms, several TV stations, and the Internet are being blocked. Many people feel that they are under a communication ban, isolated from the outside world,” said Ulrich Delius, the STP’s Africa-expert. Thus, the authorities have also ordered satellite dishes to be removed.

The report describes the impressions of a traveler who is familiar with the Oromia region upon his return. The region has changed a lot as a consequence of the protests, which have been going on since November 2015. Everyday life is characterized by fear and distrust toward neighbors and the police forces. Even children are told not to endanger their family when playing. For example, they are not allowed to show the gesture of the crossed, raised arms with which the marathon runner Feyisa Lilesa drew attention to the Oromo resistance during the Olympic Games in Rio de Janeiro. According to the people, the gesture is now punished with five years of imprisonment.

Many people are frightened because the security forces sometimes arrest young Oromo at random. In the eyes of the police, they are especially suspicious because many of the protesters were high school pupils and students. The detainees are said to be held in military camps in Tolay, Awash Arba, Huriso, and Dhedhessa. Many of the family members are in distress because they have been waiting for a sign of life from the detainees for months. Still, nobody dares to complain so as not to raise attention.

According to official figures, more than 11,000 Oromo have already been arrested since the imposition of the state of emergency. But the actual figures are most probably significantly higher. Approximately 50,000 people have been arrested since the beginning of the protests – and at least 1,218 Oromo got killed in crackdowns on protests between August and the end of October 2016.