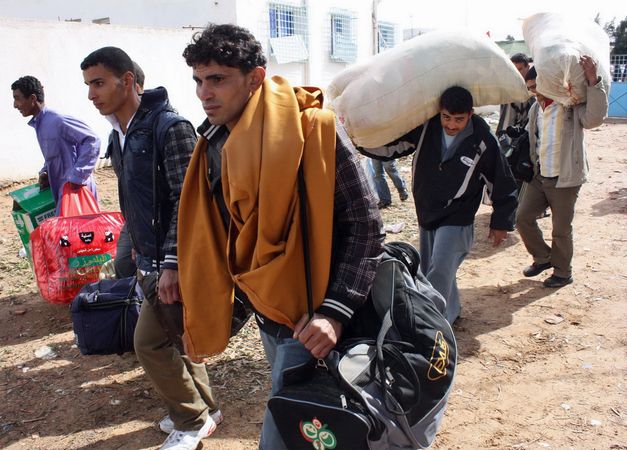 Since the refugee-deal was agreed on in Malta, Europe’s governments have been looking away from serious human rights violations even more, Photo: Magharebia via Flickr

The Society for Threatened Peoples (STP) has criticized Europe’s refugee policy towards Africa as “short-sighted, inefficient, expensive, and a betrayal of the EU’s own principles of the rule of law and democracy”. “The problems cannot be solved by ignoring or looking away from serious human rights violations. Anyone who cooperates with torture states like Sudan, Libya, or Ethiopia should not be surprised that the number of refugees is constantly increasing. The EU must finally rethink and agree on long-term measures to combat the causes of flight to help reduce the number of refugees from Africa,” explained Ulrich Delius, the STP’s Africa-expert, in Göttingen on Friday. In the course of today’s summit in Malta, the EU will discuss its policy on refugees and migration from Africa.

Fourteen months after the EU summit in Malta with many African states (November 11/12, 2015), the human rights organization draws a critical balance: “Since the refugee-deal was agreed on in Malta, Europe’s governments have been looking away from serious human rights violations even more. There are Sunday talks about measures to combat the causes of flight, but the EU’s everyday policy hardly takes arbitrariness, torture, mass arrests, crimes against humanity and impunity in the African partner countries into account at all,” said Delius.

Now, the EU is trying to negotiate a refugee-deal with Libya, despite the fact that refugees and migrants are subject to lawlessness and arbitrariness in the country. Armed groups are keeping thousands of refugees locked up in private prisons, where they live under catastrophic conditions and are often tortured or arbitrarily shot. “It is a farce to try and secure a refugee-deal with a state in which there are three governments and over a thousand armed groups. None of the potential contract partners can act as a credible authority to guarantee respect for the EU’s fundamental principles,” Delius criticized.

According to the STP, the existing agreement with Sudan and Ethiopia is to be seen as “a slap in the face for anyone who advocates for human rights in the countries.” In Sudan, for example, the Rapid Support Forces (RSF) have arrested 1,564 refugees since January 2016 in order to prevent them from escaping to Europe. In January 2017, the gang of murderers – which was notorious for its crimes in Darfur and the Nuba Mountains – was integrated into the Sudanese army. Before, the RSF had reported to the Sudanese intelligence service. The EU continues to back Sudan’s government, despite the serious human rights crimes. In Ethiopia, the government can also count on Europe’s idleness, despite the human rights violations against the Oromo and the Amhara. Following the massive protests of the Oromo in 2016, the EU had quickly returned to its agenda and continued the cooperation.