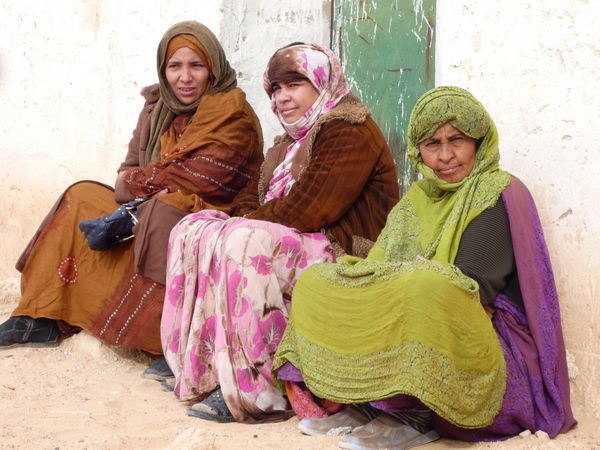 For the Sahrawis, the decision is a victory of justice; a measure to put an end to the illegal exploitation of fish resources off the coast of Western Sahara. Photo: European Commission DG Echo via Flickr

The Society for Threatened Peoples (STP) welcomes a decision of the European Court of Justice in which – in connection with a dispute over the validity of the EU fisheries agreement with Morocco – it confirmed that Western Sahara is not part of the state territory of Morocco. “This is a clear rejection of the Morocco’s territorial claims. Since the occupation of Western Sahara – which is to be seen as an internationally unlawful act – the kingdom has been urging the international community to acknowledge that the former Spanish colony is now a part of Morocco. For the Sahrawis, the decision is a victory of justice; a measure to put an end to the illegal exploitation of fish resources off the coast of Western Sahara,” said Ulrich Delius, the STP’s director, in Göttingen on Tuesday. The agreement, which will expire on July 14, 2018, is currently being renegotiated. The EU has been one of the main users of the coastal waters.

“Morocco could have expected the defeat,” Delius stated. On January 10, 2018, EU Advocate General Melchior Wathelet had already issued a legal opinion, emphasizing that the agreement should be declared unlawful due to the inclusion of Western Sahara. The court did not follow this recommendation, but it clearly stated that Morocco was not allowed to decide about the fish stocks in the waters off Western Sahara. Although the fisheries agreement was not declared illegal, its scope was cut back significantly – to the indignation of Morocco’s government.

The Sahrawis and Morocco had been arguing over the use of resources in occupied Western Sahara for years. While the kingdom assumed that it should be allowed to use all natural resources without conditions, the Sahrawis accused Morocco of illegally exploiting the territory. UN legal experts pointed out that any extraction of raw materials or economic use of land in occupied territories is subject to strict conditions. Thus, such use of land is regularly only recognized as legal if the traditional population benefits from the profit made.