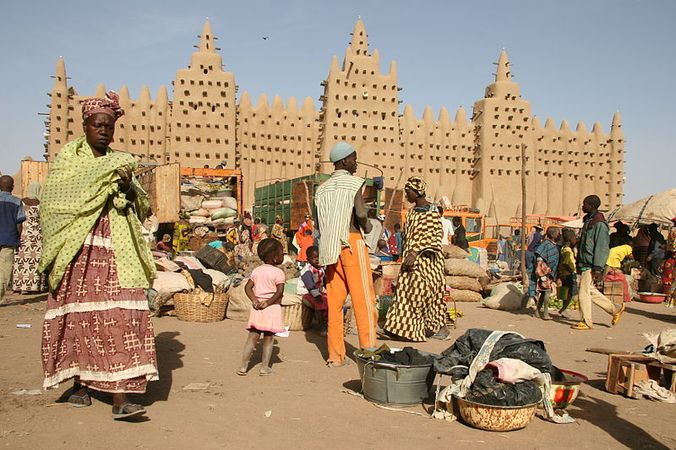 The impoverished Peulh and Tuareg living in the center and the north of Mali need more help, and the country needs better governance – or the radical Islamists will gain even more influence. Photo Ferdinand Reus via Flickr

The Society for Threatened Peoples (STP) criticized the EU’s decision to contribute to an international anti-terrorism force in the Sahara, stating that the actual causes of increasing terrorism in the Sahel region are being ignored. “If the radical Islamists are gaining influence in the Sahara, this is not because of a general increase in religious extremism, but a consequence of the increasingly precarious situation of the local population,” explained Ulrich Delius, the STP’s Africa expert, in Göttingen on Tuesday. “The impoverished Peulh and Tuareg living in the center and the north of Mali need more help, and the country needs better governance – or the radical Islamists will gain even more influence. “Yesterday, the EU agreed to provide 50 million Euros for a special unit that is to fight terrorism, human trafficking, and drug trafficking.

“If the courts, hospitals, and schools in the north and the center of Mali fail to function – which has now been the case for several months – it is simply not enough to deploy more soldiers and policemen to represent the state and try to improve its reputation,” Delius said. “The Peulh and the Tuareg are accusing Mali of bad governance. Thus, government-critical Tuareg movements in northern Mali are gaining support – and the Peulhs in the middle of the country are increasingly dissatisfied as well. The fairly new Macina Liberation Movement, which has its origins among the Peulh, is increasingly oriented towards radical Islamism.

“The escalation of violence in the north and the center of Mali should not merely be seen as a security problem. The causes of the fact that the Malian state is losing influence must be addressed as well,” stated Delius. “If the EU thinks it is enough to reinforce the security apparatus, this is merely an attempt to take the easy way out.”

Yesterday, EU Foreign Minister Federica Mogherini promised the G5 states in the Sahel zone (Mali, Niger, Chad, Burkina Faso, and Mauritania) 50 million Euros to help establish a common force with up to 10,000 soldiers and policemen – in order to fight terrorism, drug trafficking, arms trade, and human trafficking. The plans of the G5 to establish such a force were already agreed on two years ago. “It is quite uncertain whether such a counter-terrorism force can be successful, since the precise scope of action and the objectives have not yet been determined,” explained Delius.