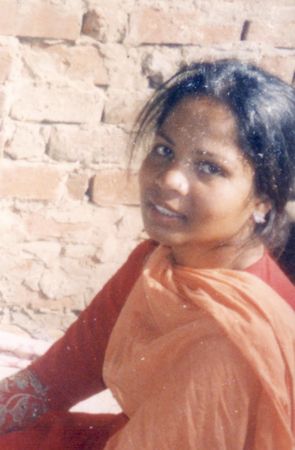 The Society for Threatened Peoples (STP) has called on Pakistan's government to finally allow Asia Bibi, a Christian woman who was acquitted of blasphemy, to leave the country. Picture: Asia News via Flickr CC BY 2.0

The Society for Threatened Peoples (STP) has called on Pakistan's government to finally allow Asia Bibi, a Christian woman who was acquitted of blasphemy, to leave the country. "Asia Bibi was imprisoned in Pakistan for more than nine years, although she was innocent. It is absurd and cynical to keep her from leaving the country as a free person, only to avoid protests by radical Islamists," stated Ulrich Delius, the STP's director, in Göttingen on Sunday. Thus, Pakistan would be obliged to explain on what legal basis she is kept detained. Last weekend, it had become known that Asia Bibi is still not allowed to leave Pakistan, even after the country's Supreme Court confirmed her acquittal, and although she would be able to live in Canada.

Following the confirmation of the acquittal, extremist Islamists had called for new protests, demanding the death of the Catholic woman. Nonetheless, a protective custody must not only be justified – it must also be subject to consent of the person concerned, the STP stated. As a member of the United Nations Human Rights Council, Pakistan is obliged to respect the right to freedom of movement. Thus, the human rights organization expects Pakistan to allow Asia Bibi to leave for a country of her choice by the beginning of the next session of the UN Human Rights Council in Geneva on February 25, 2019.

Observers fear that Pakistan's government might try to delay her departure for a few more months for fear of further protests. After her acquittal, extremists had blocked public life in Pakistan for several days.

On Saturday, a friend of the detained Catholic reported that security officials were keeping her and her husband detained in a small apartment in the city of ??Karachi. Further, he contradicted statements made by her former lawyer Saif ul-Malook, who had previously claimed that she had already arrived in Canada. Meanwhile, due to growing hostility towards him, Malook had to seek protection in the Netherlands himself.

Asia Bibi, an agricultural worker, had been arrested in 2009 after accusations of her defaming the Prophet Mohamed. She was sentenced to death and spent many years awaiting execution on a death row. After the country's Supreme Court acquitted her on October 31, 2018, Islamist extremists had petitioned against the acquittal, but the petition was rejected on January 29, 2019.