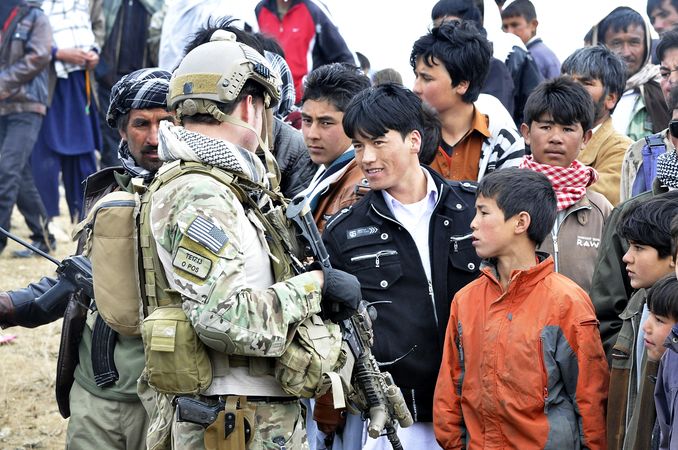 An agreement between the US and the Taliban must not entail that more than half of the Afghan population will have to live in constant fear. Header Image: SOTF2 (CC BY 2.0).

On the occasion of the Dialogue Conference, which will take place in the Qatari capital Doha on Sunday, the Society for Threatened Peoples (STP) published clear demands: "Crimes of the past must be resolved and punished – and minorities such as the Hazara need effective protection," stated Ulrich Delius, the STP's Director, in Göttingen on Sunday. "Further, Afghanistan will only find peace if the women are granted equal rights and if members of minority groups can live their lives in safety."

The Taliban, who will be negotiating with the US-backed government in Kabul on July 7, 2019, are responsible for numerous massacres against the Hazara. "Most of the Taliban are Sunni Pashtuns, while the Hazara are Persian-born Shiites," Delius explained. "Without pressure from the international community, the Taliban will not grant them any rights of security guarantees." During their heyday in the 1990s, they managed to ban women from public life almost completely. "An agreement between the US and the Taliban must not entail that more than half of the Afghan population will have to live in constant fear," Delius warned. "Such an agreement would be a capitulation to the extremists."

In recent weeks, there had been a new wave of attacks of the Taliban against members of minority groups. Due to the precarious security situation, the presidential elections were postponed twice. "The recent events in Afghanistan clearly show what credible steps are needed for a peace process. The international Responsibility to Protect requires a strong criminal justice system, as a means to prosecute war criminals. Otherwise, it will not be possible to build up a democratic and peaceful Afghanistan without Islamist terrorism," emphasized Ricarda Steinbach, the STP's director of communications. A sustainable peace process must involve moderate Taliban representatives as well as Afghanistan's neighboring countries – but war criminals must be prosecuted, and there must be tangible measures to protect women and minorities.

About ten to 15 percent of the currently nearly 35 million Afghans belong to the minority of the Shiite Hazara. Their settlement area lies in the center of the country. Since the end of the 19th century, they have repeatedly become victims of assaults motivated by ethnic or religious hatred.