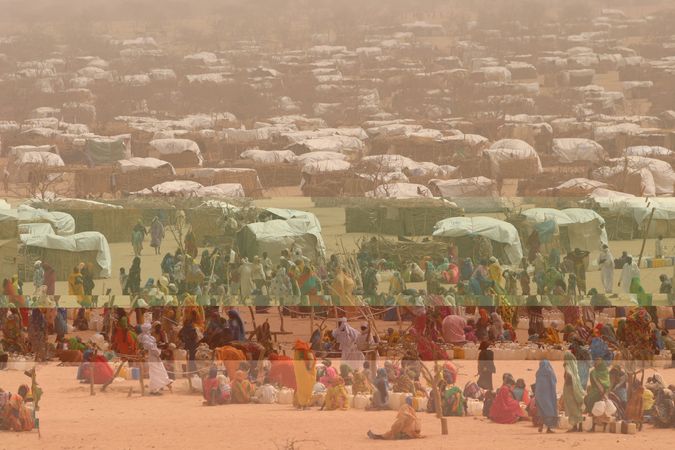 The Society for Threatened Peoples (STP) has appealed to the German government to get involved in particular on behalf of the Sudan while Germany is chairing the UN Security Council. "The Sudan is a hotspot that will require a lot of attention in the coming weeks. Ravaged by war, the country must increase efforts toward implementing peace initiatives, improving the human rights situation and effectively protecting the population," stated the head of the Africa section at the STP, Ulrich Delius. "While international attention focuses on the newly created nation of South Sudan, to be established on July 9, human rights abuses are escalating in other parts of the country such as Darfur and South Kordofan. Without massive international pressure, humanitarian aid cannot be provided, in particular for several tens of thousands of Nuba in the Sudanese province of South Kordofan." On 1 July 2011 Germany will take over the chair of the UN Security Council for one month.

"It was a positive first step when, following international protests, the parties to the conflict in South Kordofan agreed at least in principle on 28 June 2011 to hold negotiations concerning a ceasefire. But we are still a long way from putting a stop to all of the fighting and ensuring full access for aid workers to reach the suffering among the civilian population," warned Delius. "The UN Security Council must urgently press for the establishment of a humanitarian corridor in the Nuba Mountains, where civilians seek protection from the attacks. The Nuba Mountains are populated primarily by sub-Saharan Nuba, among whom are both Muslims and Christians.

Those responsible for grave human rights abuses in South Kordofan must be held accountable. Eyewitnesses have reported that at least 73,000 people have fled air strikes and attacks by soldiers and militia since the fighting began in the Nuba Mountains on June 5. The Sudanese air force has carried out random bombing attacks on villages and cities; Sudanese soldiers plunder houses and churches and burn them down. "It would be a mockery for the governor of the province, Ahmed Haroun, to try and give the impression that all is peaceful in the Nuba Mountains". The International Criminal Court has issued a warrant for the arrest of Haroun as a chief suspect in the genocide in the western Sudanese region of Darfur.

The Sudanese government hopes to create an impression of peace and normality in Darfur as well. A peace treaty with the liberation movement is set to be signed in Darfur by 9 July 2011, even though war and human rights violations are escalating here. The main rebel movements are refusing to sign, pointing out that the Sudan looks back on a long history of broken treaties and ceasefire agreements which have cost hundreds of thousands of people their lives. "Most of the treaties were violated before the ink dried on the documents," said Delius. "Only constant pressure from the UN Security Council can prevent this tragedy from repeating in South Kordofan."