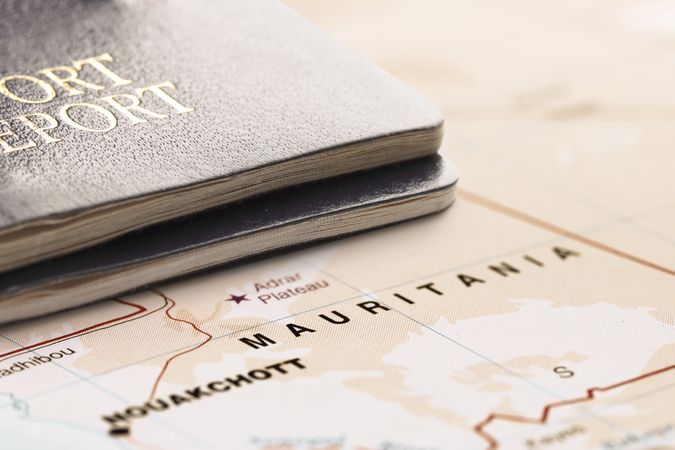 On March 6, 2014, the Mauritanian government published a “Roadmap to Combat the Vestiges of Slavery”. Two years after the adoption of the Roadmap – which was welcomed by the international community – this report examines the extent to which the proposed projects were actually implemented. The Roadmap consists of 29 points focusing on legal, economic, and social measures to combat the effects of slavery.

Slavery was officially abolished in Mauritania in 1981, but it still continues to exist. It is mostly the so–called Haratin, the descendants of slaves, who are affected. The status as a “slave” is passed on from a mother to her child.

The Mauritanian government has taken a number of measures to eliminate slavery. However, they don’t have the desired effect. Mauritania has ratified all international human rights treaties that prohibit slavery – but this report accounts for ever new cases of slavery. In 2007, the country adopted Law 2007-048, according to which slavery is punishable. In 2014, the NGO “Walk Free” accused Mauritania of having the highest percentage of slaves worldwide, with 4 percent of the population. Other human rights organizations have estimated that about 20 percent of the population is still enslaved. The different figures reflect the fact that there are no comprehensive or independent data on the actual extent of slavery, as the state continues to deny the existence of slavery until today.

The Roadmap provides for many reasonable initiatives to combat the consequences of slavery, but most of the projects were not implemented – or not convincingly. Thus, it is very likely that the roadmap was adopted to appease the international public as well as the international community, which has repeatedly expressed its deep concern about the persistence of slavery.

Nine years after Mauritania introduced penal provisions for slavery, there are still enormous problems regarding the prosecution of slaveholders. Despite the harsh penal code, most of the few criminal proceedings tend to take a different course. Thus, the judges often see existing cases as minor offences – even if the victim was treated as a slave since birth – resulting either in no punishment at all or in very lenient sentences. In fact, only two slavery trials have taken place since the Anti-Slavery Law 2007-048 came into effect nine years ago. Also, those who were accused of slavery spent only a few weeks in custody. Former slaves and people who are still living in slavery today have the impression the slaveholders will continue to go unpunished, despite the new laws.

The former slaves are not only complaining about impunity, but also about a lack of social, economic, and education-related support from the authorities – despite the founding of the agency TADAMOUN, which is supposed to provide help for former slaves and to further their integration into society and the economy in the scope of the Roadmap. However, the agency tends to initiate projects to combat poverty in general, instead of focusing on the former slaves and helping them with their specific problems.

Despite the announcements in the scope of the Roadmap, no credible measures to put an end to the discrimination and exclusion of the Haratin have yet been taken. Also, there are no special programs to help former slaves to find jobs in administration, in the army, in banks or the media. Compared to their share of the total population, the Haratin are still massively underrepresented in areas that are important for the development of the state and its civil society – despite announcements to the contrary in the Roadmap.

In the Roadmap, it is mentioned that the situation of the women is especially problematic, but there have been no tangible initiatives to improve the situation of the Haratin women during the last two years. There is no legal, medical, psychological, or social assistance for the many women who were raped while being enslaved in Mauritania. If they try to bring an action to court, they are often charged with adultery and punished severely.

The education programs provided for in the Roadmap either didn’t get implemented at all, or they missed their target of informing the general public about slavery and the Haratin about their rights. The few campaigns that were actually launched failed to reach the Haratin audience as they were based on the wrong type of media or the wrong language. March 6 was declared as the Day against Slavery, but the activities scheduled for this day are by far not sufficient to lay the basis for adequate reconnaissance work.

The Roadmap describes several problematic aspects and provides important impetus in the struggle against slavery. So far, however, it is to be seen as completely inadequate. In the attempts to curb slavery, the initiatives of the state and its institutions, such as the agency TADAMOUN, must also become much more transparent. This would be the only way to ensure that those who are actually affected can become involved. Further, there have to be new projects that do not only focus on fighting poverty in general, but that are tailored to the special needs of the Haratin. The Mauritanian state must finally admit that slavery still persists. Effective initiatives to combat slavery can only be developed on the basis of a realistic assessment of the actual situation.

You can download both an English summary and the whole report in French for free.

The report in French: http://bit.ly/mauritanie-esclavage-feuille-de-route (pdf)