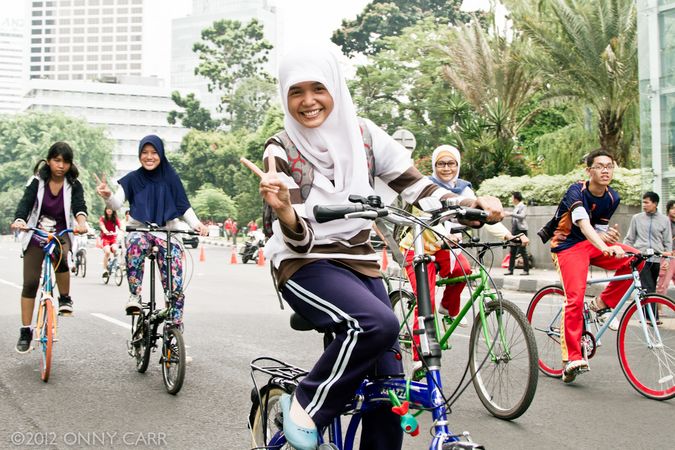 Today – on occasion of his inauguration in Jakarta – the new Indonesian president Joko Widodo called for a national reconciliation in the south-east Asian country. The Society for Threatened Peoples (STP) welcomes this decision and hopes that the situation of the distressed Christians and the Ahmadiyya Muslims in Indonesia will change for the better. At least 50 Christian churches had been closed down by order of the authorities under Widodo's predecessor Susilo Bambang Yudhoyono and his radical Islamic minister of religious affairs, Suryadharma Ali.

"The announced policy of reconciliation must not leave out the peoples of the Papua and the Moluccans," said Ulrich Delius, the STP's Asia-consultant, in Göttingen. "It could be an important gesture of goodwill to release Papuans and Moluccans who are still imprisoned for political reasons – and to lift the harsh restrictions for journalists and non-governmental organizations in the provinces of Papua and the Moluccas."

For years, the Indonesian authorities had systematically kept foreign journalists from freely entering the Papuan provinces in the west of the island of New Guinea which are striving for self-administration and fighting for more rights. Most recently, the two French journalists Thomas Charles Dandois and Valentine Bourrat (both of them from the news channel ARTE) were arrested in Papua on August 6, 2014. The two media representatives had planned a report on the ongoing civil war and the human rights violations in the region. Even human rights experts of the United Nations were refused to visit the Papuan provinces for years. "We must carefully observe whether the persecution against the Papuan human rights activists continues," said Delius. At least 74 Papuans are being kept detained due to their political activities – and the attacks against non-governmental organizations of indigenous people increased again in the summer of 2014. Most of the prisoners are committed Christians.

On the Moluccas, there are also arrests of Christians who show commitment for the Spice Islands to become an independent state. Thus, 20 Moluccan demonstrators were arrested on April 25 because they had peacefully commemorated the founding of the Republic of the South Moluccas in 1950. They are now facing long prison sentences. With the proclamation of the Republic of the South Moluccas, the former Dutch colony had tried to emphasize its independence back then. However, Indonesia had suppressed the attempt to break free. The Christian population of the South Moluccas had hoped that their homeland might become independent ever since. "Even if Indonesia rejects these demands, it is unjust to sentence peaceful protesters to more than 20 years in prison merely for making use of their right to demonstrate," said Delius.