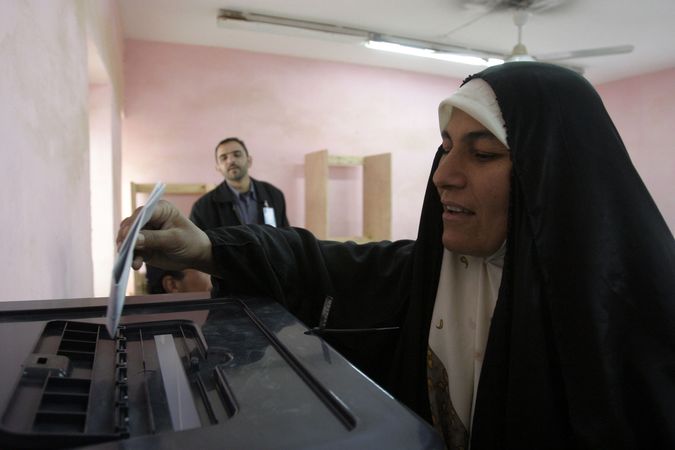 On Saturday, the citizens of Iraq will be able to decide over the future Representatives Council. Its 329 members will elect the president as well as the prime minister. Picture: Public Domain

On the occasion of the parliamentary elections in Iraq next Saturday, the Society for Threatened Peoples (STP) appeals to the political parties in Iraq to finally respect the demands of smaller ethnic groups – such as the Yazidis, the Christians, Mandaeans, and the Shabak – to ensure more justice and equality. “The Yazidis, Christians, and other minorities have been suffering from attacks by Islamic State (IS) for quite a while. They must be better protected, and they have to be able to take part in political decision-making processes,” stated Kamal Sido, the STP’s Middle East Consultant, in Göttingen on Friday. “For them, it is particularly important that all the provisions of the Iraqi constitution are implemented – as it includes a right to self-administration in their settlement areas.”

The Yazidis have been demanding self-administration for their main settlement area in the Sinjar region in the northwest of Iraq for years. As a result of attacks by IS in August 2014, almost all of the approximately 400,000 Yazidis living there were expelled. Many women were abducted, enslaved, or raped. Most of the Yazidis would be prepared to return to the Sinjar region if there were credible steps towards more self-administration – and if they could rely on being protected by the security forces of the central government or of Kurdistan. The Christian Assyrians/Chaldeans/Aramaeans in the so-called Nineveh Plain in the north and east of the northern Iraqi city Mosul are demanding autonomy for this region as well.

In view of the forthcoming parliamentary elections, the STP sent Dr. Ing. Mirza Dinnayi to Iraq to serve as a German-Yezidi observer. His responsibility will be to check whether the elections in Iraqi Kurdistan in the north of the country are conducted correctly, and whether the people are able to cast their vote freely. About six months ago, on September 25, 2017, there had been an independence referendum in Iraqi Kurdistan. Back then, 93 percent of the Kurds had voted in favor of an independence effort. The Iraqi central government, led by the incumbent Prime Minister Haider al-Abadi, had closed the international airports in Kurdistan, taken control of the border crossings between the country and its neighboring countries, and seized control over the disputed territories – including the oil-rich province of Kirkuk – with the help of the Shiite militias of Hashd al-Shaabi.

On Saturday, the citizens of Iraq will be able to decide over the future Representatives Council. Its 329 members will elect the president as well as the prime minister.