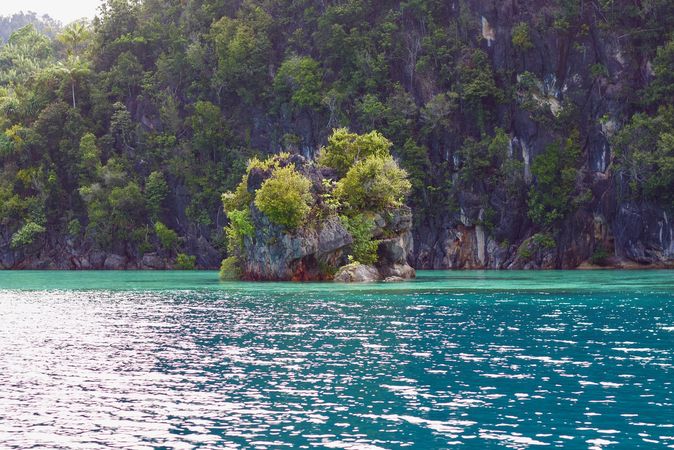 Following mass arrests of indigenous Papuans in Indonesia, the Society for Threatened Peoples (STP) demands the release of the detainees – as well as an end to the criminalization of protests. Picture: pablo_marx via Flickr CC BY-NC-ND 2.0

Following mass arrests of indigenous Papuans in Indonesia, the Society for Threatened Peoples (STP) demands the release of the detainees – as well as an end to the criminalization of protests. According to the human rights organization, at least 540 Papuans were detained after taking part in demonstrations against Indonesia's Papua policy since last Friday. "Indonesia must respect its democratic constitution and grant the Papuans their right to demonstrate peacefully," emphasized Ulrich Delius the STP's director, in Göttingen on Sunday. On the island of Java alone, more than 320 people were arrested in connection with demonstrations for the rights of the Papua, and at least 90 Papua protesters were arrested in West Papua.

The protests took place in about a dozen Indonesian cities and in West Papua. The protesters are demanding a referendum on the future of West Papua and respect for fundamental civil rights such as freedom of the press, freedom of assembly, and freedom of demonstration. For example, West Papua was treated as a no-go area for journalists (from Indonesia and from abroad) for years – although the authorities had repeatedly promised to open up the military-controlled part of the island to the outside world. In the run-up to the protests, the security measures on the island had been stepped up significantly.

A group of 104 Papuans was arrested on November 2018, during a raid on a student dormitory in Jayapura, the provincial capital of Papua. The detainees are accused of supporting the West Papua National Committee, which advocates for state independence.

There have been annual protests by the Papuan people on December 1 for many years now, recalling the fact that the west of the island of New Guinea, which has been illegally annexed by Indonesia, was not granted state independence. In 1961, Papua protesters hoisted their "Morning Star" flag for the first time, proclaiming West Papua's independence. However, Indonesia decided to occupy West Papua and to stifle protests against its rule. Anyone who dares to show the "Morning Star" may face several years in prison. The predominantly indigenous population of the island, which is rich in copper, gold, crude oil, natural gas, tropical timber, and other raw materials – are striving for state independence, or at least for more self-government.