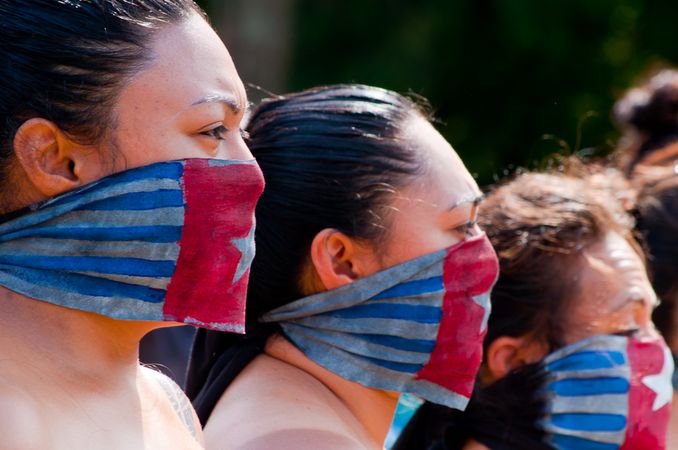 The Society for Threatened Peoples (STP), welcomes the fact that Joko Widodo, the Indonesian President, announced that foreign journalists will be allowed to send reports from the embattled region of West Papua in future – under certain conditions. "This is an important step towards more transparency, towards human rights and peace in the conflict zone. Widodo has given in to demands that human rights organizations such as the Society for Threatened Peoples have been raising for years," said the STP's Asia-consultant, Ulrich Delius, in Göttingen on Monday. However, he curtailed: "More freedom of the press will not solve the Papua-conflict permanently as long as Indonesia continues to treat West Papua as a colony for the extraction of natural resources, as long as human rights violations are not punished, as long as soldiers are not held accountable for human rights violations and as long as there are arbitrary arrests of members of the opposition." Widodo also decided to amnesty five Papuan political prisoners who had been kept detained for the last twelve years. "There is still much need for improvement, however. There are still at least 33 Christian Papuans who are in prison for political reasons."

"By small improvements, Indonesia is apparently trying to improve its image – which has suffered due to the recent executions of drug smugglers" said Delius. "This, however, should not obscure the fact that the human rights situation in Papua is still bad." Thus, no one has yet been held accountable for the deaths of five demonstrators in West Papua on December 8, 2014. The victims had protested against an attack on a young Christian. The Papua natives have been caught in a struggle with the Indonesian government for the last 50 years, demanding credible self-government and control over their resource-rich island.

President Widodo had announced the liberalization of the press laws on Sunday, at the end of a four-day visit to the conflict region. During the last few years, several journalists were arrested and the expelled because they had illegally visited West Papua disguised as tourists. Most recently, in September 2014, the French journalists Thomas Dandois and Valentine Bourrat had been detained for a while because they had tried to shoot a documentary about the liberation movement OPM for the TV station ARTE.

"It won't be possible to publish critical reports in future either. Minister Tedjo Edhy Purdijatno, who is responsible for security matters, announced that journalists will not be allowed to travel to the heart of the country without an official permit – and it is forbidden to keep up contacts with rebel movements and their so-called sympathizers", criticized Delius. "We will have to see how the freedom of the press in West Papua will develop."