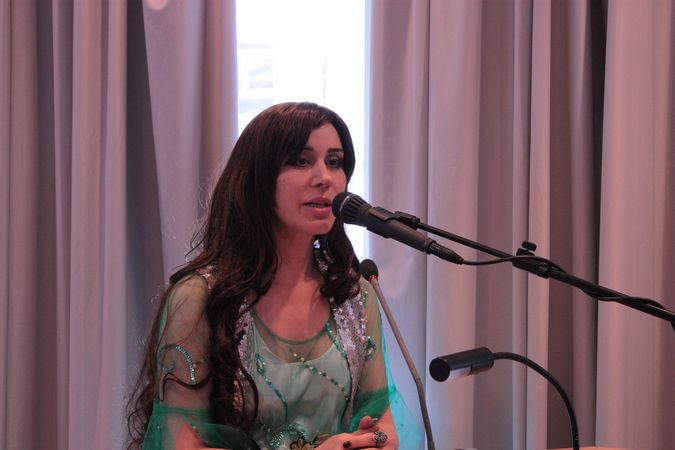 Next Thursday, August 6, a trial against the German-Kurdish singer Hozan Cane (stage name) will begin in the western Turkish city of Edirne – and the Society for Threatened Peoples (STP) demands the German Foreign Minister to advocate for the release of the Cologne-born artist. "We expect German Foreign Minister Heiko Maas and his ministry to do everything possible to ensure that the innocent singer is released immediately, so that she can return to Cologne," stated Dr. Kamal Sido, the STP's Middle East expert, in Göttingen today. "The German public expects the federal government to finally take a clear position against Turkish President Erdogan, to demand him to stop the persecution of minorities, of members of the opposition, and cultural and media workers." This was also demanded by several Kurdish, Armenian, Greek, Christian, Alevi, Yazidi, and other associations, and by Turkish opposition members who now live in Germany. "With his ultranationalist and radical Islamist course, Erdogan aims to stir up discord and to incite hatred between the different ethnic groups and religious communities in Turkey as well as in Germany. Thus, Erdogan is endangering peaceful coexistence in Germany and throughout Europe," Sido added.

"The accusations against the Kurdish artist are absurd. The STP has known her for years. It is her right to address the suffering of the Kurds and other minorities in Turkey in her songs. Hozan Cane's only crime was to sing for the freedom of her people and for peace in Turkey, between the Kurds and the Turkish state. A Turkish court of appeal has already rejected the verdict against her because it saw no clear evidence of guilt," Sido said. In March 2010, Hozan Cane had appeared at an international conference organized by the STP and the Friedrich Nauman Foundation. The event in Frankfurt am Main was also attended by representatives of Erdogan's ruling AKP party, who gave speeches.

The 49-year-old Kurdish artist was arrested in the city of Edirne in June 2018, shortly before the presidential and parliamentary elections in Turkey, where she had supported the election campaign of the pro-Kurdish HDP party. Although the party is not banned, she was accused of propaganda for a terrorist organization. The charge is primarily based on content that the singer shared on her Facebook and Twitter profiles between 2014 and 2018. In November 2018, Cane was sentenced to more than six years in prison for being a member of the banned Kurdish Workers Party PKK. As an appeals court did not uphold the sentence, a new trial is now being held.