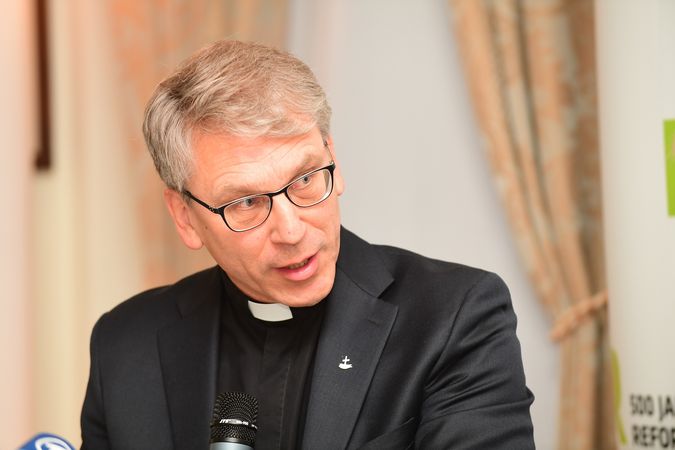 During his visit to China, the Secretary General of the WCC, Olav Fykse Tveit, praised the economic successes of China’s leading Communist Party, while the authorities are tearing down churches and placing protesters under house arrest. Photo: sekfeps via Flickr

The Society for Threatened Peoples (STP) accuses the World Council of Churches (WCC) of ignoring the fact that Christians in China are persecuted. In addition, the human rights organization criticized that the WCC is apparently trying to avoid contact with the “unofficial” church offices in the People’s Republic. “During his visit to China, the Secretary General of the WCC, Olav Fykse Tveit, praised the economic successes of China’s leading Communist Party, while the authorities are tearing down churches and placing protesters under house arrest. Instead of advocating for the oppressed and abused Christians, the WCC decided to take sides with the persecutors,” criticized Ulrich Delius, the STP’s director, in Göttingen on Wednesday. The WCC delegation is visiting the People’s Republic from January 7 to 16, 2018. There will be no meetings with unofficial church representatives or believers.

On Tuesday, the authorities had destroyed the house church Golden Lampstand in the town of Linfen in Shanxi Province, despite the protests of many believers. The church – which had been built in 2009, financed only by donations from members of the religious community – was sealed off the security forces and then blown up by a special squad. Protestant believers were placed under house arrest. Ever since the house church was built, there were clashes between the authorities and the believers. Thus, Pastor Yang Xuan had to serve three and a half years in prison, and his wife Yang Caizhen was held in a labor camp for two years.
On New Year’s Eve, the authorities had closed down a church in the city of Qingshuihe, Xinjiang region – and a Catholic church in the city of Xian (Shenxi Province) was torn down.

“Apparently, persecution is not a problem for the Secretary General of the WCC. He even praised China, mentioning that it might become the country with the largest Christians population within the next 30 years. However, he must be overlooking the fact that they will mostly probably not be members of officially recognized religious communities,” Delius explained. “This one-sided view of the difficult situation of the Christians in China is cynical, and it will only help the persecutors. The only possible way to help China’s Christians would be to clearly remind the leadership of the People’s Republic that the religious community has constitutional rights.”