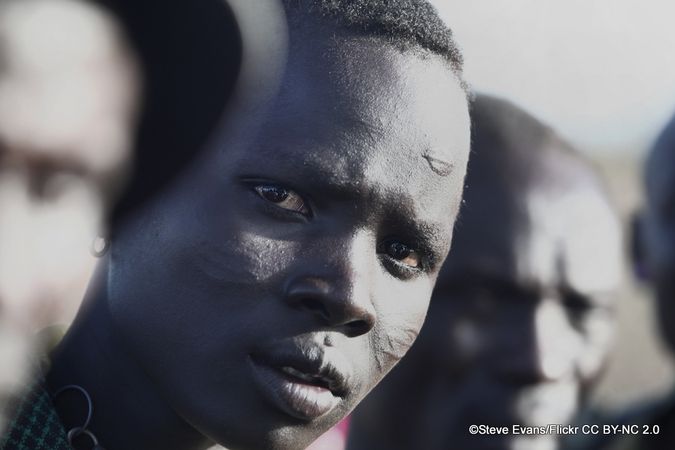 Ten months after the beginning of the civil war in South Sudan, the situation of the civilian population in the young state has become unbearable. "More than 1.8 million people from South Sudan are on the run – and hundreds of thousands of people are living in appalling conditions," reported Ulrich Delius, the Africa-consultant of the Society for Threatened Peoples (STP), in Göttingen on Thursday. "The international community must not forget South Sudan – despite the crisis in the Middle East. There will be no lasting peace without massive international pressure and, if necessary, even UN-sanctions," he warned. "If the conflict parties condone the deaths of tens of thousands of civilians to secure their own power, the mediators' ultimatums should not just expire without consequences. They must be enforced!"

An ultimatum of the Intergovernmental Authority on Development (IGAD) will expire on Thursday. It was meant to force the Government of South Sudan and the rebels around Riek Machar to stop the fighting and to form a government of national unity – but there is no indication that the parties will observe the ultimatum or that there will be any UN-sanctions if they do not. The conflict parties will most probably not take up their negotiations in Addis Ababa (which had been suspended on October 5, 2014) again before early next week.

"While the struggle for power among the political leaders of South Sudan continues, about a third of the population is on the run," criticized Delius. Around 1.4 million people from South Sudan have sought refuge in other parts of the country. About 96,000 sought protection in one of the United Nations camps. The largest of these camps are located in the towns of Bentiu, Juba and Malakal. About 463,000 people tried to find refuge in one of the neighboring countries. More than 100,000 southern Sudanese refugees escaped to Sudan – although it is an enemy state of South Sudan – since the fighting broke out in December of 2013. In South Sudan, there are about four million people who are in need of humanitarian aid.

The civil war broke out following an alleged coup by Riek Machar on December 15, 2013, after the security forces of South Sudan persecuted members of the population group of the Nuer. They were accused of supporting Machar. Since then, both sides have committed serious human rights violations and killed at least 20,000 southern Sudanese civilians.