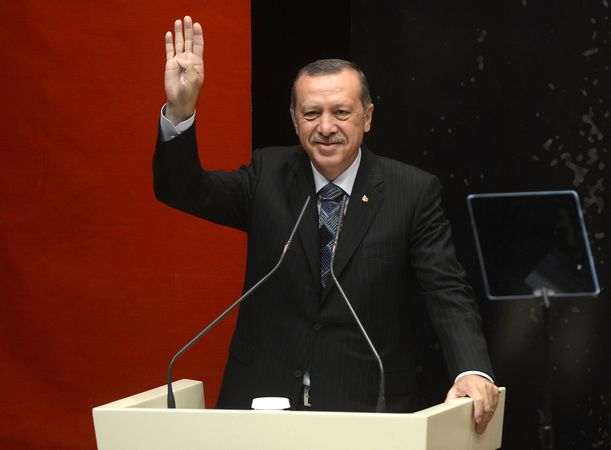 Erdogan is using the Syrian refugees in Turkey as a lever against Germany and the EU. Picture: Gerd Altmann via Pixabay

Next Monday, September 16, Turkish President Recep Tayyip Erdogan will meet the heads of state of Russia and Iran at the Syria summit in Ankara – and the Society for Threatened Peoples (STP) calls on the German Federal Government and other NATO countries not to let the Turkish President do as he likes any longer. "There are many signs that the authoritarian Turkish President is not only trying to rope in Russia, but also Germany and other NATO countries," stated Kamal Sido, the STP's Middle East Consultant, in Göttingen. "By threatening to send refugees to the west, Erdogan is trying to extort money, weapons, and political backing. He wants to continue his wars against the Kurdish population in Turkey, Iraq, and especially in Syria". In Syria, NATO member Turkey has only one goal: to oppose the Kurdish people's struggle for autonomy by all means.

Erdogan is already receiving support from Russia and Iran, and the German government is financing Erdogan-friendly groups in Syria, with a total of 622 million EUR in 2018. Erdogan-critical groups such as the Syrian Observatory for Human Rights (SOHR) in the UK, one of the partner organizations of the STP, receive no funds from Germany.

Erdogan is using the Syrian refugees in Turkey as a lever against Germany and the EU. "Erdogan also sees the Syrian refugees as a weapon against the Kurdish, Christian, and Yazidi people of northern Syria. He is planning to forcibly relocate 3.6 million Syrian civil war refugees to the region. This would fundamentally change the demographic composition of northern Syria, contributing to the Islamization of the region," Sido explained.

Erdogan is also known to recruit mercenaries from among the Syrian refugees – for his wars against the Kurds, for example in the Syrian-Kurdish region of Afrin. There, 21 Kurds were killed in August alone, including one child. The Turkish army and the so-called „Free Syrian Army“, Islamist rebel groups that are supported by Turkey, arrested another 142 Kurds. On September 6, the Kurdish woman Huriye Mohammed Baker (74) succumbed to her injuries. She and her husband Muheddin Oso had been attacked in their home in Afrin on August 25. The Islamist aggressors had tortured her 78-year-old husband to death that same day, and she was seriously injured.

Meanwhile, there are ongoing attacks by the Syrian and the Russian air forces against the northwestern province of Idlib – under the eyes of Turkish military posts. According to information from the SOHR, at least 4000 people were killed through fighting and airstrikes in the stronghold of the Syrian Islamist rebels since April 2019.