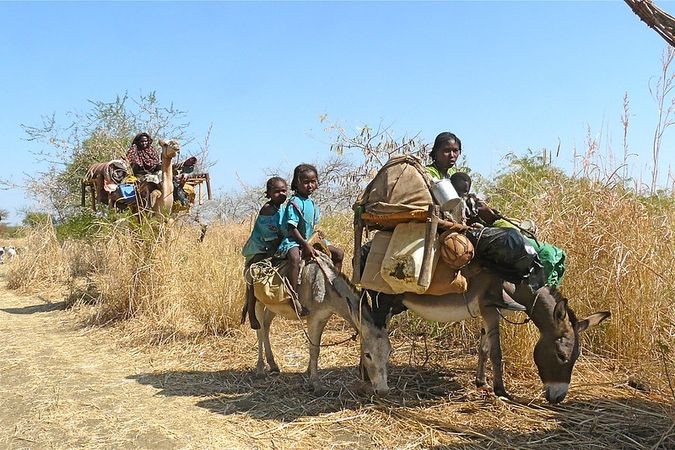 Fulani people are suffering from increasing attacks because they are generally suspected of supporting Islamist terrorists. Picture: Rita Willaert via Flickr (CC BY-NC 2.0)

The Society for Threatened Peoples (STP) demands punishment for those responsible for a massacre of 43 people in Burkina Faso, which was probably committed by a self-defense militia. "The fight against terrorism must not be used as a carte blanche to commit human rights violations and to take revenge on hostile neighbors," stated Ulrich Delius, the STP's director, in Göttingen on Tuesday. "It is not acceptable that individual ethnic groups are suspected of terrorism and, in consequence, treated as fair game". In Burkina Faso, for example, the Fulani people are suffering from increasing attacks because they are generally suspected of supporting Islamist terrorists. Last Sunday, 43 Fulani were killed in an attack on the villages of Barga and Dinguila, probably committed by members of a self-defense militia, the so-called Koglweogo.

The militias, which are recruited from among farmers and cattle ranchers, are responsible for several serious human rights violations against the civilian population over the last years. State security forces have proved incapable of protecting the civilian population from the violence of Islamist terrorists. Therefore, these militias enjoy de facto impunity. "When a state gives up its monopoly on the use of force in favor of self-defense militias, arbitrariness and serious human rights violations are inevitable. Burkina Faso must revise its failed anti-terrorism strategy and ensure the protection of the civilian population by state security forces," Delius demanded. Further, the European Union should give priority to respect for human rights in its cooperation with Burkina Faso in the fight against terrorism.

In January 2020, Burkina Faso's parliament passed a law that aims to provide support for self-defense organizations. Civil defense forces are to be granted access to weapons, and volunteers are to receive two weeks of military training.

At least 560,000 people are currently on the run from the violence, mainly in the north of the country. A total number of 588 armed incidents or assaults were registered in 2019, in which 1,082 lost their lives.