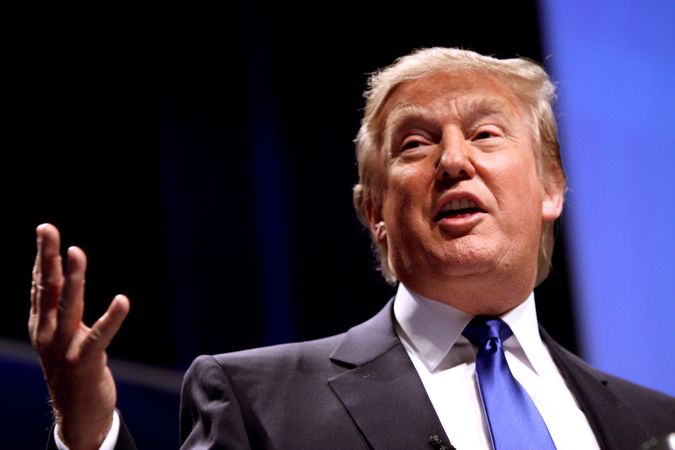 Last night, US President Donald Trump caused a stir by inviting a group of eight refugees from North Korea to the White House. Photo: Gage Skidmore via Flickr

The Society for Threatened Peoples (STP) would like to draw attention to the human rights violations in North Korea and to the difficult situation of North Korean refugees. Last night, US President Donald Trump caused a stir by inviting a group of eight refugees from North Korea to the White House. “Refugees from North Korea need more help and attention! They are on the run from arbitrary arrests, religious persecution, labor camps, and paternalism – but they are often denied protection,” said Ulrich Delius, the STP’s director, in Göttingen on Saturday.

However, the STP warned Trump not to instrumentalize the aspect of human rights in the power struggle with North Korea’s dictator Kim Jong-Un. “After Trump invited the refugees, China will probably be less willing to offer North Korean refugees shelter – because North Korea’s ally must now fear that Trump will use the human rights issue to bring about a change of regime in North Korea.”

President Trump had already commented on the dramatic situation in North Korea in his State of the Union address on Thursday – witnessed by refugees from the dictatorial state and by the mother of American student Otto Warmbier, who died as a result of severe torture in North Korea. The last time a group of North Korean refugees visited the White House, it had been President George Bush who had invited them. President Obama had avoided such a meeting so as not to offend China.

Despite having ratified the Geneva Refugee Convention, China refuses to take up refugees from North Korea – justified by claiming that they are only leaving their home country for economic reasons. However, North Korea violates just about all basic civil rights – and the United Nations have accused the state of crimes against humanity. The victims of human rights violations are not allowed to leave the country. Attempts to escape the country can be punished by torture, labor camp, imprisonment, and social exclusion.

“We are deeply concerned that China is not willing to offer North Korean refugees protection. Instead, they are sent back home despite the danger to life and limb,” said Delius. In recent months, more than 100 North Koreans were forcibly repatriated from China. In 2017, the number of refugees had decreased, as North Korea had stepped up its measures of border protection. The country is also systematically spying on refugees living abroad. A few days ago, it became known that hackers had sent spyware-infected emails to refugees to be able to monitor their activities.