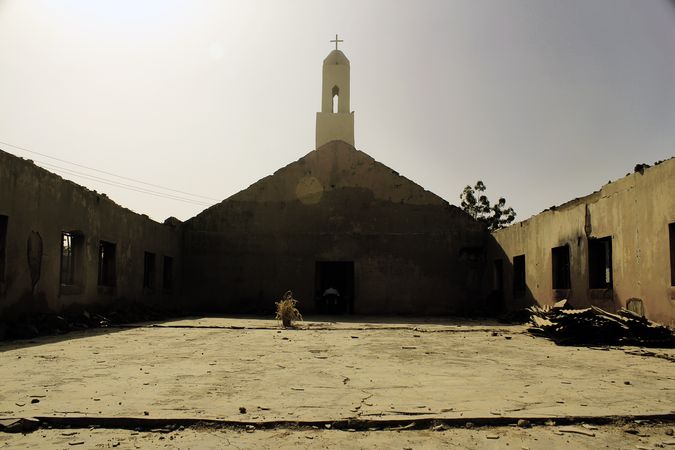 An ultimatum by the terrorist group Boko Haram in Niger: The Christian population is ordered to leave the region of Diffa until today, or they would be killed. The three-day ultimatum was handed over by a former hostage on June 11. The STP states that the threats should be taken very seriously – and warns against the growing influence of radical Islamists in West Africa, where it has become very dangerous for Christians. Image: Immanuel Afolabi via Flickr (CC BY-NC-ND 2.0).

The Society for Threatened Peoples (STP) warns against a possible expulsion of the Christian minority from the West African state of Niger, as an ultimatum by the Islamist terrorist group Boko Haram will expire today. The Christians are ordered to leave the Diffa region in the southeast of the country within three days, or they would be killed. The terrorist group has already committed many attacks on civilians in Nigeria, Chad, Niger, and Cameroon. The ultimatum was handed over by a former hostage on June 11th. She had been abducted from her village in the Diffa region on June 7, 2019. Currently, there are about 65,000 Catholics and Protestants living in the predominantly Muslim state of Niger.

"The threats are to be taken very seriously," warned Ulrich Delius, the STP's director, in Göttingen on Friday. It was only on June 2, 2019, that the security forces had thwarted a suicide attack on a church in Diffa. A terrorist with an explosive belt and other weapons was arrested just in time before he could set off his explosive device. The human rights organization warns that radical Islamists are gaining influence in West Africa. "For Christians in the region, life has become dangerous – not only in Niger, but also in neighboring Burkina Faso, in Mali, Chad and Nigeria – and the number of attacks of radical Islamists has increased significantly," Delius explained.

With the ultimatum, Boko Haram is trying to show the world that its influence in the region is growing, and that it is able to destabilize Niger. "In the recent wave of terrorist attacks against Christian institutions in Burkina Faso, more than 50 Christians have been killed since April 2019. Now, there is also fear among Christians in neighboring countries, as they are increasingly under pressure from radical Islamists who want to destabilize the states of West Africa," Delius stated. "For the Christian population of Niger, this is an existential threat."

Niger's Christians are trying to establish a peaceful coexistence with the predominantly Sunni majority – but the terror of January 2015 is not forgotten. Back then, more than 70 churches or church institutions were destroyed during days of protests against a Mohamed caricature of the French satire magazine Charlie-Hebdo. Ten people were killed in the riots in the cities of Niamey and Zinder. There were even attacks on schools and orphanages, and it was especially the small Protestant churches that were systematically destroyed. Since then, the authorities and the religious communities have been working for a peaceful coexistence of religions. However, Islamist extremists continued to attacked Catholic and Protestant churches and institutions in 2016 and 2017.