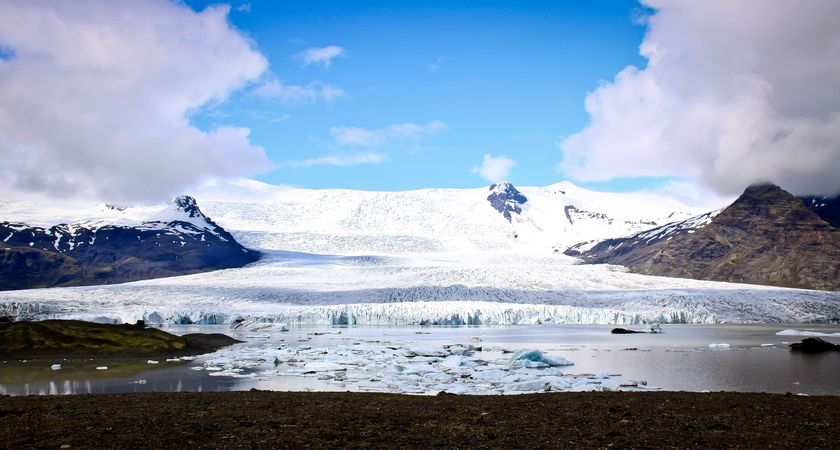 On occasion of the UN Climate Change Conference in Katowice, the Society for Threatened Peoples (STP) demanded for more help for the indigenous peoples of the Scandinavian and Russian Arctic, who are already suffering from climate change. Picture: Chris Goldberg via Flickr CC BY-NC 2.0

On occasion of the UN Climate Change Conference in Katowice, the Society for Threatened Peoples (STP) demanded for more help for the indigenous peoples of the Scandinavian and Russian Arctic, who are already suffering from climate change. "Nature in the Arctic is going crazy – and the Sami, Nenets, Evenks, Dolgans and other indigenous peoples of the North have to deal with the consequences, as climate change is destroying their livelihood. It affects their health, and it encourages attempts to exploit the natural resources of their habitat," emphasized Ulrich Delius, the STP's director, in Göttingen on Monday. The STP referred to recent studies by Scandinavian universities which highlight the fact that the Sami are suffering from the catastrophic impact of climate change – and the human rights organization warned that the flora and fauna of the Scandinavian and Russian Arctic are threatened by weather capers at the Barents Sea in October and November of 2018. Sudden changes in the weather are a threat to the growth of plants and, thus, the survival of the cattle herds of the indigenous inhabitants of the region.

In northern Norway, it was almost six degrees warmer than usual in November 2018. In October 2018, the snow-covered and frozen areas thawed again – and the unusually warm weather has caused plants and trees to grow as if it were spring. As this is too early, severe damage to the vegetation is to be expected, caused by climate change. Soon, the reindeer herds of the Sami will no longer be able to find enough food, Delius warned.

Scientists pointed out that the indigenous peoples will probably not be able to adapt to the increasing changes to the Arctic flora fast enough. Also, researchers from the Finnish universities in Oulo and Rovaniemi emphasized that, due to climate change, the Sami are suffering from an increase in new diseases such as allergies, asthma, as well as heart and vascular diseases.

The human rights organization also expressed concerns that climate change will bring about more initiatives to exploit the region's mineral resources. For example, new zinc, lead, and iron ore mines have been opened up on the Russian island of Novaya Zemlya, although the island and surrounding waters are full of nuclear waste, partly from nuclear tests. New ports are being built along the shores of the Russian Arctic Ocean, as a means to export oil, natural gas, and minerals. It is the indigenous peoples of the region who are suffering from this development, and they are not involved in the planning of such major projects. New pipelines, roads, railways, and ports are destroying the livelihoods of indigenous peoples, who are dependent on their livestock.