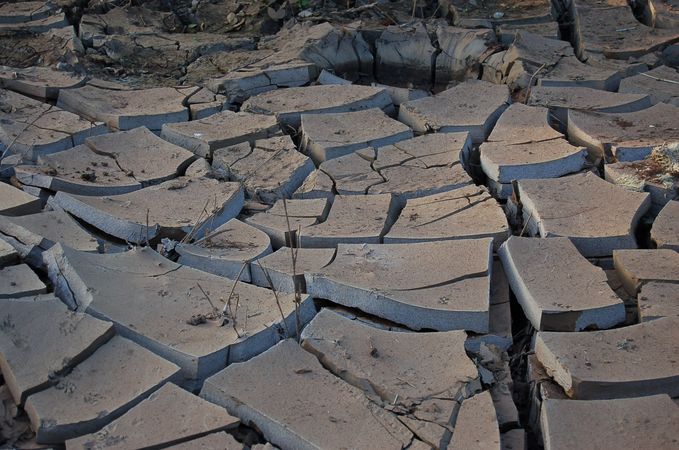 The rivers in the Amazon region are drying out, and the aborigines are no longer able to catch any fish. Photo: Shever via Flickr

The Society for Threatened Peoples (STP) has accused US President Donald Trump of putting dozens of indigenous peoples in danger by withdrawing from the Paris climate agreement. “Trump is demanding a fair deal – but for the more than 6,000 indigenous communities all over the world, his behavior is just about as unfair as it could get. It is the indigenous peoples who suffer most from the effects of global warming, and they have long been waiting for those who are causing most of the climate change to behave more fairly,” criticized Ulrich Delius, the STP’s Director, in Göttingen on Friday. “Trump’s ignorance is not just annoying – it is an acute threat to the lives of many indigenous peoples!”

“The Sami reindeer herders in Scandinavia, the Fulani shepherds in Nigeria, the Afar nomads in Eritrea, the Tibetans in the Himalayas, the Papua in New Guinea, the Amazonian Indians, and the Maohi indigenous people in Polynesia – for them, and for many other indigenous peoples, it is a matter of survival whether the international community will manage to stop climate change.”

Long before scientists started drawing attention to climate change, it was the indigenous peoples who observed massive changes in their natural surroundings – often direct threats to their livelihoods. For example, they warned about the melting of the glaciers and icebergs about 15 years ago, and about the absence of rain and the extreme weather. “For the indigenous peoples, this is not just an insurance problem or about a possibly more profitable deal – the consequences are much more far-reaching,” Delius said.

In Nigeria, for example, the armed conflicts between the shepherds and the local peasants are fueled by the lack of rain and the drying up of pastures. In Ethiopia, Eritrea, and Kenya, the nomadic tribes have to fear that their traditional way of life and their economy will die out. On the peninsula of Jamal in the north of Siberia, the Nenzen are complaining about sudden rains that cover the snow with an ice layer. Tens of thousands of reindeer have starved to death already. Indigenous communities in Siberia fear that large quantities of methane and other greenhouse gases will be set free due to the thawing of the permafrost soils. Further, the rivers in the Amazon region are drying out, and the aborigines are no longer able to catch any fish.