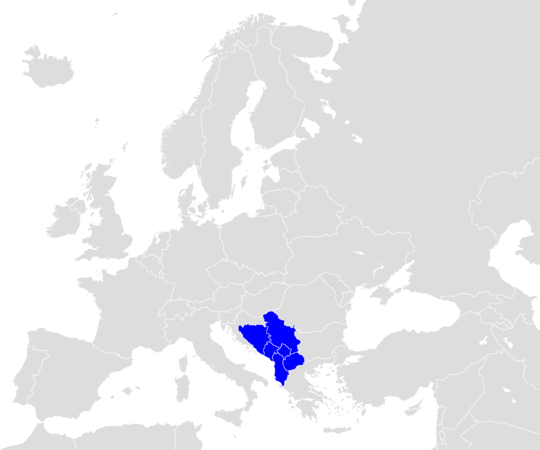 According to the Society for Threatened Peoples (STP), the EU member states should use the Western Balkans summit in London on Monday and Tuesday to urge the government representatives of the Western Balkans to implement fundamental reforms in their countries in order to join the EU. “The EU must no longer allow leading politicians – of the Republika Srpska in Bosnia, for example – to simply ignore necessary reforms and, thus, keep the country from joining the EU,” stated Jasna Causevic, the STP’s expert on southeast Europe, in Göttingen on Monday. “If the EU fails to persuade the politicians in charge to initiate necessary reforms, other countries such as Turkey, Russia, but also China and the Gulf states, will gain influence in the region.”

“The EU is responsible for the future of the western Balkans. The blockers should be suspended, and there will have to be initiatives towards democratic development, reconciliation, and sustainable peace – which is of particular importance for the younger generation,” Causevic stated. It is also necessary to come to terms with the past, to enforce justice, and to hold war criminals accountable for their atrocities. Therefore, Serbia and Croatia must be forced to hand over war criminals to the Bosnian judicial authorities.

Further, Causevic emphasized that it is time to listen to the civil society, especially the minority organizations, the non-governmental organizations and the younger generation – as they will have to bear the consequences of the failed policy following the wars and conflicts of the 1990s. The EU should create a platform for them, as the STP had already advised British Prime Minister Theresa May, the political representatives of the EU member states, as well as the heads of state, the ministers of foreign affairs, and the ministers of economic affairs of the six Western Balkan countries Albania, Bosnia and Herzegovina, Kosovo, Macedonia, Montenegro, and Serbia.